Zimbabwe has hiked its key interest rate from 60% to 80% with immediate effect to curb rising inflation which has partly been worsened by the Russia-Ukraine war which has seen the prices of oil gas, fertilisers and other related products going up.

In a statement following a meeting of the central bank’s monetary policy committee on 1 April, Reserve Bank of Zimbabwe governor John Mangudya said the committee had introduced a number of measures to curb rising inflation and foreign exchange parallel market activities.

The measures are contained in the statement below: 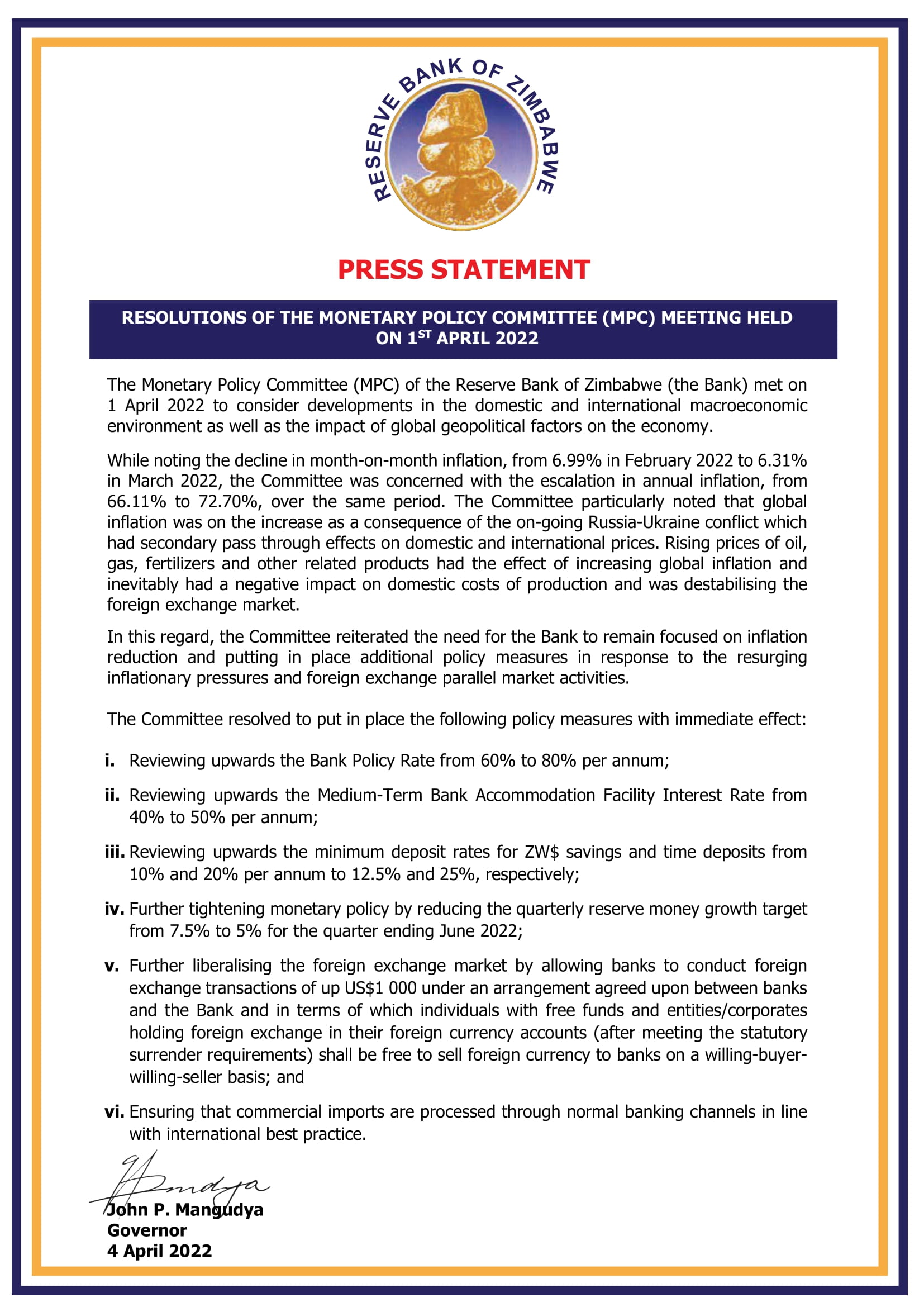