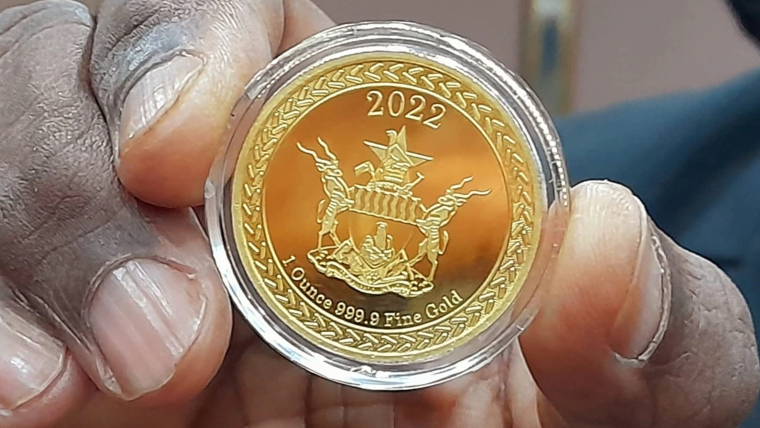 An International Monetary Fund (IMF) team led by Dhaneshwar Ghura conducted a visit to Zimbabwe from December 1 to 15.

At the conclusion of the mission, Ghura issued a statement, which, among other things, encouraged the Reserve Bank of Zimbabwe (RBZ) “to wind down the use of gold coins”.

“In this context, Fund staff recommend accelerating the liberalisation of the FX (foreign exchange) market, including through the removal of restrictions on the exchange rate at which banks, authorised dealers, and businesses transact; addressing the RBZ’s quasi-fiscal operations to mitigate liquidity pressures; maintaining an appropriately tight monetary policy stance to durably restore macroeconomic stability and ensure social stability; restoring the effectiveness of monetary policy, including through the use of appropriate interest-bearing instruments to mop up liquidity and winding down the use of gold coins; and maintaining a prudent fiscal stance.”

The Monetary Policy Committee and the RBZ never viewed gold coins as a silver bullet, but a necessary intervention at the time. It was an idea mooted to contain and reverse the accelerated depreciation of the local currency.

The product worked, as we had imagined it would. Immediately after introduction, gold coins drew away attention from the United States dollar. In our books, the effect was very impactful.

Gold was seen as the best product to contain local currency volatilities, as it offered a viable alternative to the United States dollar.

There has been some misconception, with some referring to gold coins as a currency. For the record, gold coins are not a currency. By design, the RBZ did not intend to issue them without limit.

The authorities’ intention and logic were very clear.

They sought to achieve major gains in exchange rate stability from a limited number of gold coins.

The target was always to issue a maximum of 15 000 gold coins; this is why the IMF agreed with the authorities to wind down their issuance.

The next step, after achieving a measure of stability, is now on attractive local currency investment instruments to anchor our currency.

By Persistence Gwanyanya- Member of the RBZ Monetary Policy Committee