The Reserve Bank of Zimbabwe said it had released 2 000 coins which can be purchased in a number of currencies including the South African rand, the Botswana Pula, the British pound, the Euro and the Australian dollar.

It said the price of the coin will be published every day at 8am and will be based on the previous day’s London Bullion Market Association PM fix plus 5% to cover cost of production and distribution of the coins.

The central bank has also detailed conditions for purchasing the coin which are listed below. 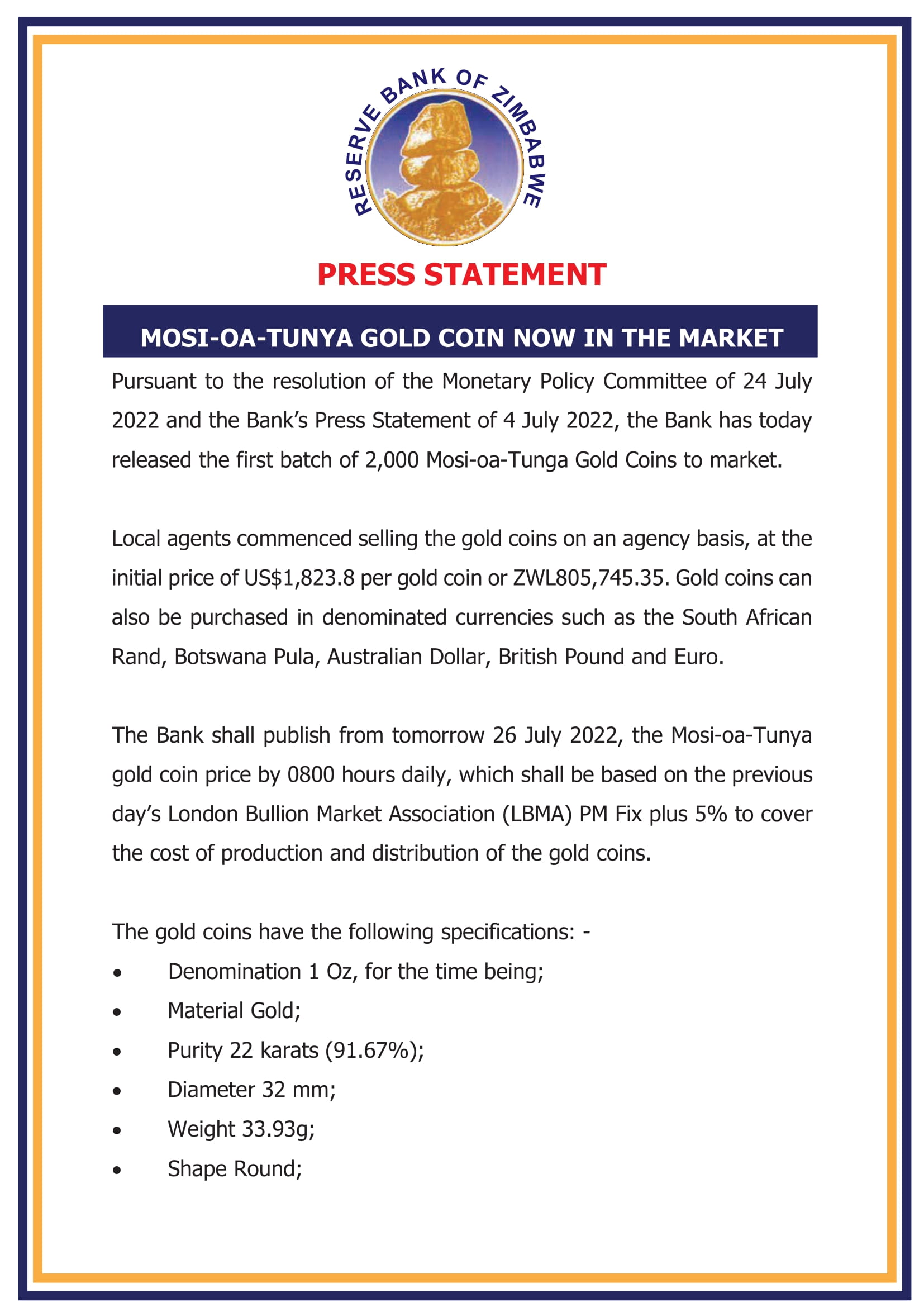