Zimbabwe forex auction now accounts for only 13% of foreign...

Although it played a key role in providing foreign currency to the productive sector when it was introduced in June 2020, the foreign currency auction system seems to have lost its significance as it is now providing only 13% of total foreign payments.

The auction last year paid out US$1.1 billion compared to US$7.3 billion that was paid out from foreign currency accounts. The interbank market only provided 3% of the payments totalling US$218.2 million.

The auction has paid out US$3.7 billion since its launch.

There have been increasing calls from industry to liberalise the foreign exchange system and this seems to make sense since the business sector now provides 84% of the currency.

The auction rate which averaged $705.42 yesterday is once again lagging far behind the blackmarket rate now at $1 100, providing room for arbitrage. 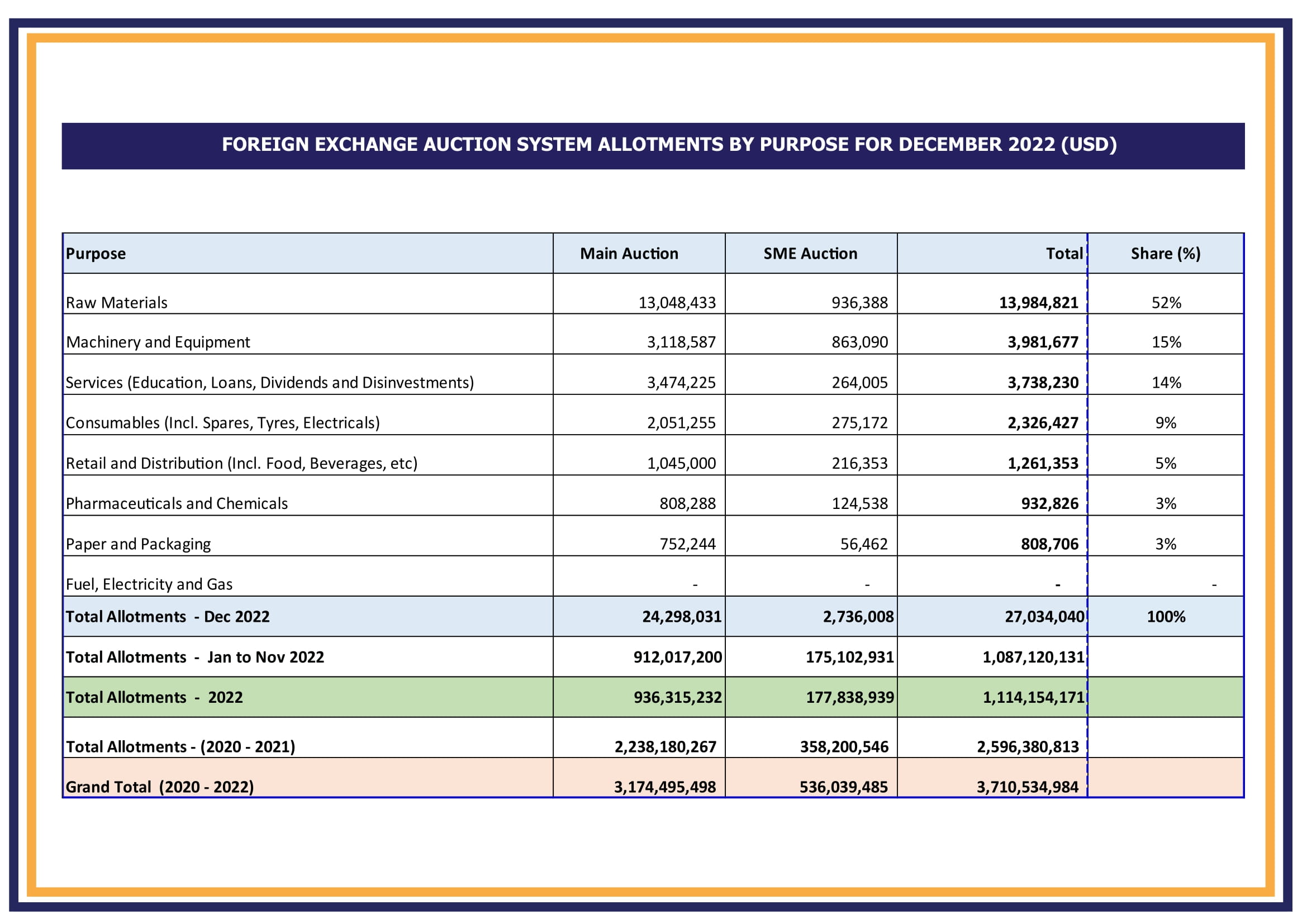