Zimbabwe forex auction allots US$44 million to more than 1...

The Zimbabwe dollar today remained stable against the United States dollar easing by only two cents as the foreign exchange auction allotted US$44.1 million to 1 009 bids.

A further 84 bids were disqualified.

Zimbabwe has so far disbursed US$1.8 billion through the auction which was launched on 23 June last year.

More than 4 500 had benefitted from the auction up to the end of July with 70% of the funds going to the productive sector. Raw materials accounted for 41% of the funds.

Here are the 4 519 companies that got funds from the auction up to the end of July. 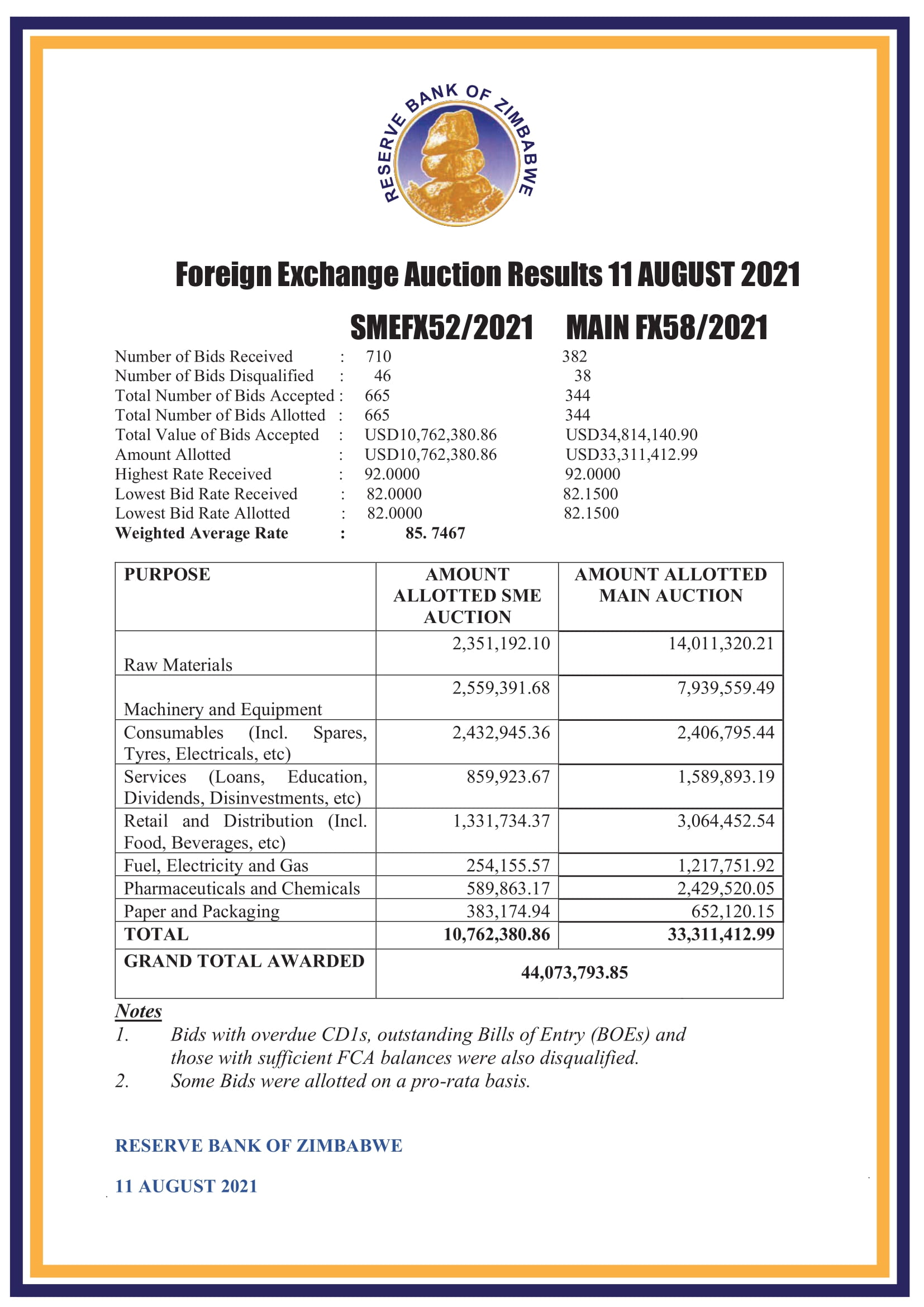