Zimbabwe’s foreign currency auction today allotted a record US$49.1 million to 1 153 bids, 764 of them from the small and medium enterprises sector.

Though the auction met the approved SME bids in full, it failed to meet the bids for the large companies allotting US$36.7 million instead of US$38.2 million.

Zimbabwe is counting on the forex auction to stabilise the country’s currency and the economy but the gap between the auction rate and the black market rate is widening.

The country has, however, managed to bring down inflation from 837.5% in July last year to 56.4% in July this year. 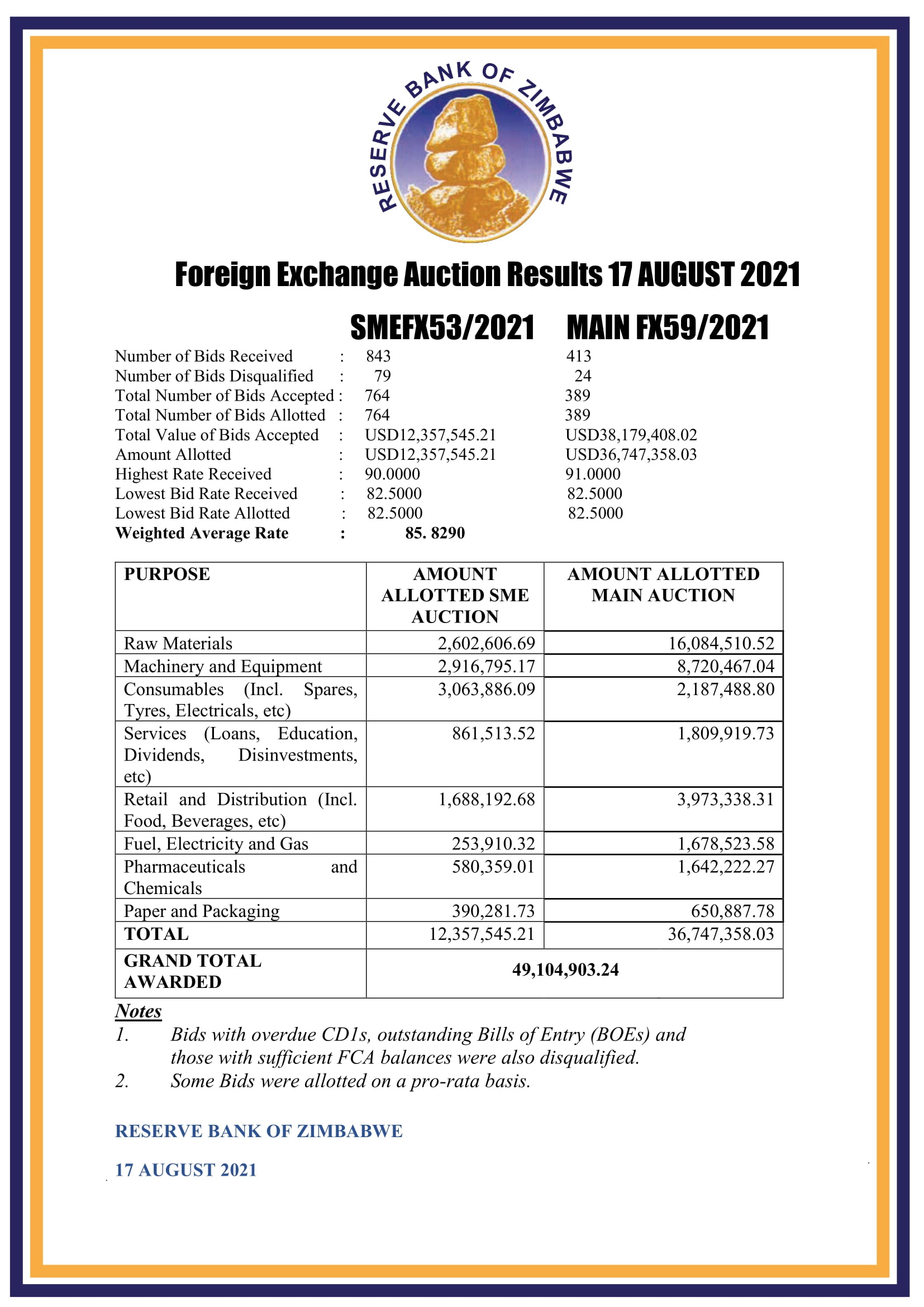