A record US$33.3 million was today allotted to 410 bids, 166 in the small and enterprise sector, as the local currency fell by six cents to average $81.88 against the United States dollar

A total of US$533.1million has been disbursed since the auction was introduced on 23 June.

The Zimbabwe dollar has been on the decline since the 27 October auction when it averaged $81.35 but it has remained below $82. 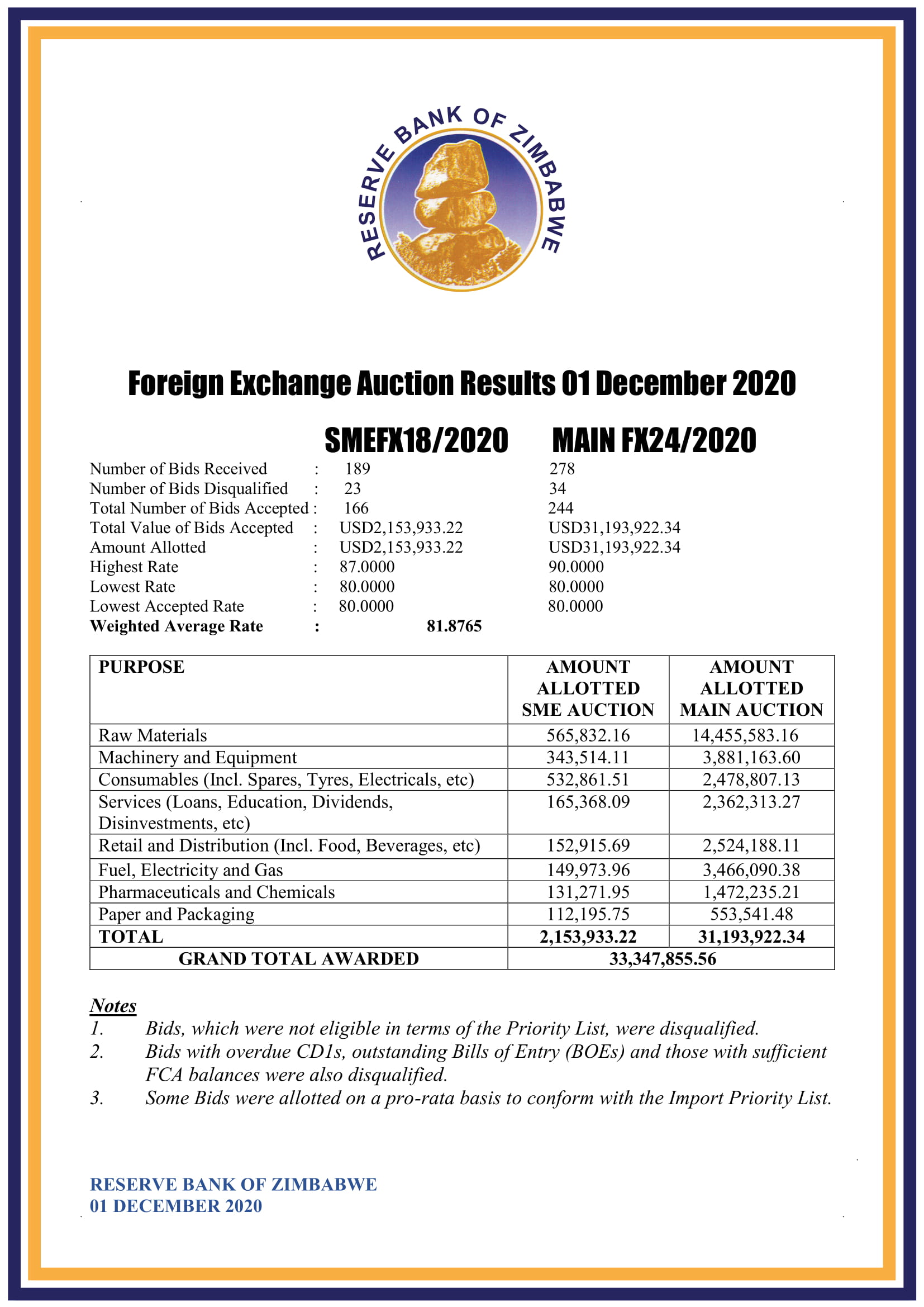