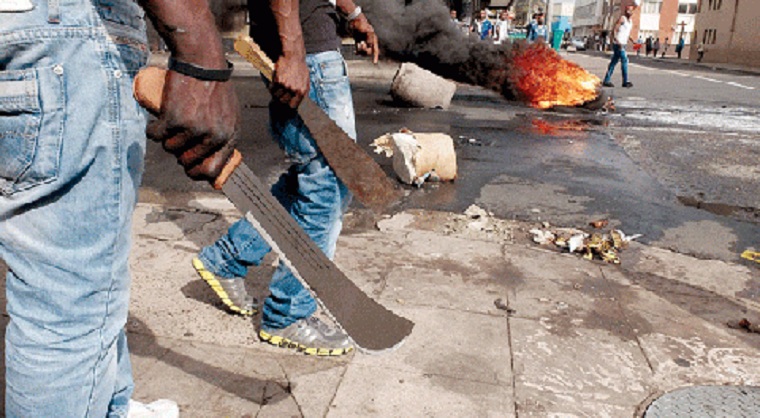 Zimbabwe police today reported that a family from Esigodini, about 40km south of Bulawayo, was robbed of US$87 000 and R38 000 cash on Monday.

The family was attacked by a gang of six with machetes and a bolt cutter at a mine and farm premises.

The gang used a bolt cutter to break burglar bars of a sitting room window and went on to tie two people with an electric cable and shoe lace before ransacking the house.

Apart from the cash, the robbers got away with four tablet cellphones, a laptop and a flash disk.

Police have urged business people, including miners, to be security conscious and not to keep large sums of money at home.