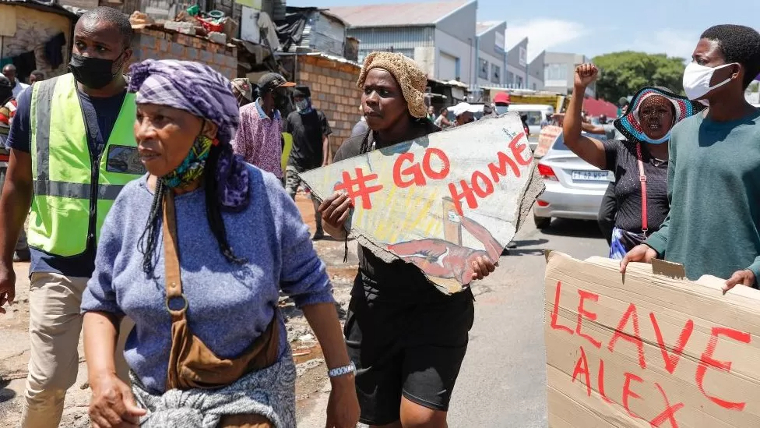 Zimbabwe is expecting mass deportations of undocumented Zimbabweans once the current Zimbabwe Exemption Permits expire as most of those with such permits do not qualify for the critical skills visas that South Africa is now requiring from them.

Information Minister Monica Mutsvangwa told a post-cabinet briefing yesterday that the country was ready to receive the Zimbabweans who will be entitled to one duty-free vehicle but unlimited personal property.

About 180 000 Zimbabweans had the special permits but the number of Zimbabweans in South Varies from one million to over three million.

ZEPs expired in December last year but the South African gave permit holders a grace period of one year to regularise their stay in that country and has since extended that to June 2023.

“Cabinet would like to inform the public that mass deportations of  undocumented Zimbabweans were expected from South Africa following  expiry of the Zimbabwe Exemptions Permits (ZEPs) which South Africa had  granted them,” Mutsvangwa said.

“The sister Republic of South Africa had initially given the ZEP holders a grace period of up to 31 December 2022 to apply for alternative visas, and later extended the ZEP validity to 30 June 2023.

“The alternative visas include student, business, spousal and work permit visas.  However, most ZEP holders do not qualify for the outlined critical skills visas hence the low uptake.”

She said the Zimbabwean government had issued guidelines and regulations for returning residents which include one duty-free vehicle and no limits to personal property.

“Government has also engaged the South African  Government, emphasizing that Zimbabwe is ready to receive its returning nationals, who should comply with the relevant South African laws,” she said.

the returning residents. The Committee will be supported by sub-committees which will include the following functional areas: