Zimbabwe elections to be held between 27 July and 26... 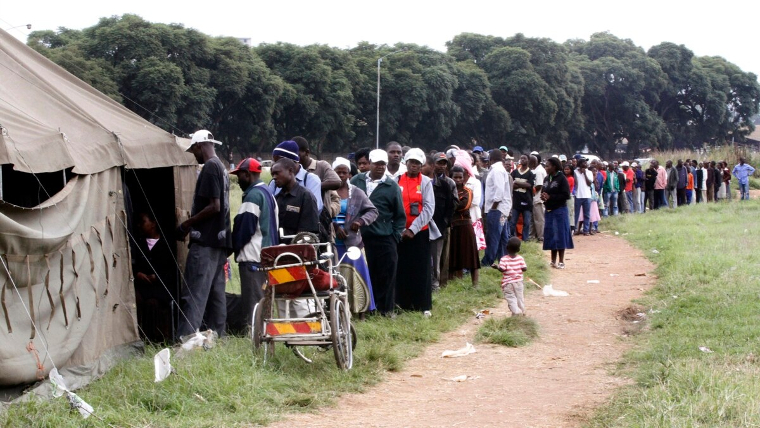 Zimbabwe will hold its next general elections between 27 July and 26 August next year, according to the constitution which says that elections must be held not more than 30 days before the end of the President’s five-year term.

President Emmerson Mnamgagwa was sworn in on 26 August 2018 after the Constitutional Court dismissed an application by Nelson Chmisa who led the Movement for Democratic Change Alliance challenging the results.

Chamisa claimed that he had won the elections and had plenty of evidence to prove that but failed to produce this evidence in court. The court challenge was broadcast live to the nation.

Zimbabwe can, however, hold elections earlier than July if:

Veritas Zimbabwe explains what is involved and why this is not likely to happen.

General elections in Zimbabwe – elections in which the President and members of the Senate, the National Assembly and local authorities are elected – are normally held every five years.

The five-year period begins when a new President assumes office after a general election, and the next general election must be not more than 30 days before that period ends five years later.  This is provided for in sections 143 and 158 of the Constitution.

The President’s current five-year term began when he was sworn in on the 26th August 2018, so polling day in the next general election should be held between the 27th July and 26th August 2023.

That is when the next general election is due to be held in the normal course of events, but it could be held earlier if certain events envisaged by the Constitution occur.

We shall deal with those events in this bulletin.