Zimbabwe down to only 164 active coronavirus cases as a... 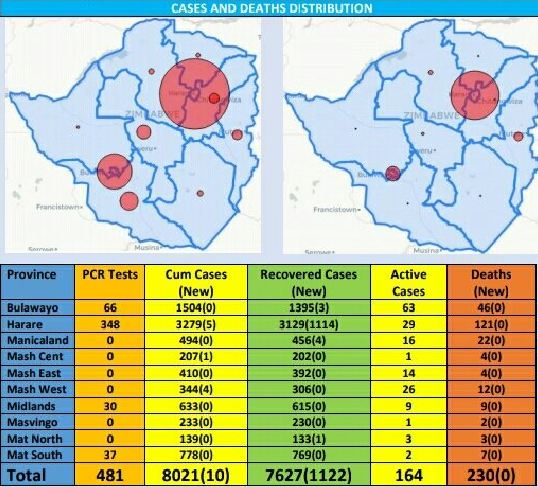 A whopping 1 122 people recovered from coronavirus today leaving Zimbabwe with only 164 active cases, the bulk of them being in Bulawayo.

Harare, which had 1 138 active cases yesterday is now down to 29 after a whopping 1 114 people recovered while only three people in Bulawayo recovered leaving the city with 63 active cases.

The number of cases rose to 38 million globally and include 1.08 million deaths, 28.5 million recoveries and 8.4 million active cases.

The United States which has the highest number of cases just surpassed 8 million today.