Zimbabwe dollar sheds $1.23 against the US as auction defies...

The Zimbabwe dollar today shed only $1.23 against the United States dollar to average $116.65 against last week’s $115.4223 as the foreign exchange auction continued to defy the widening gap between the official rate and the black market rate which is now over 200:1.

Central bank chief John Mangudya had a tiff with economist Tony Hawkins last week with the Hawkins calling for re-dollarisation while Mangudya said he would be promoting the use of local currency.

What was interesting was the spread of the bids at today’s auction with the lowest offer being $107 and the highest $132.50. 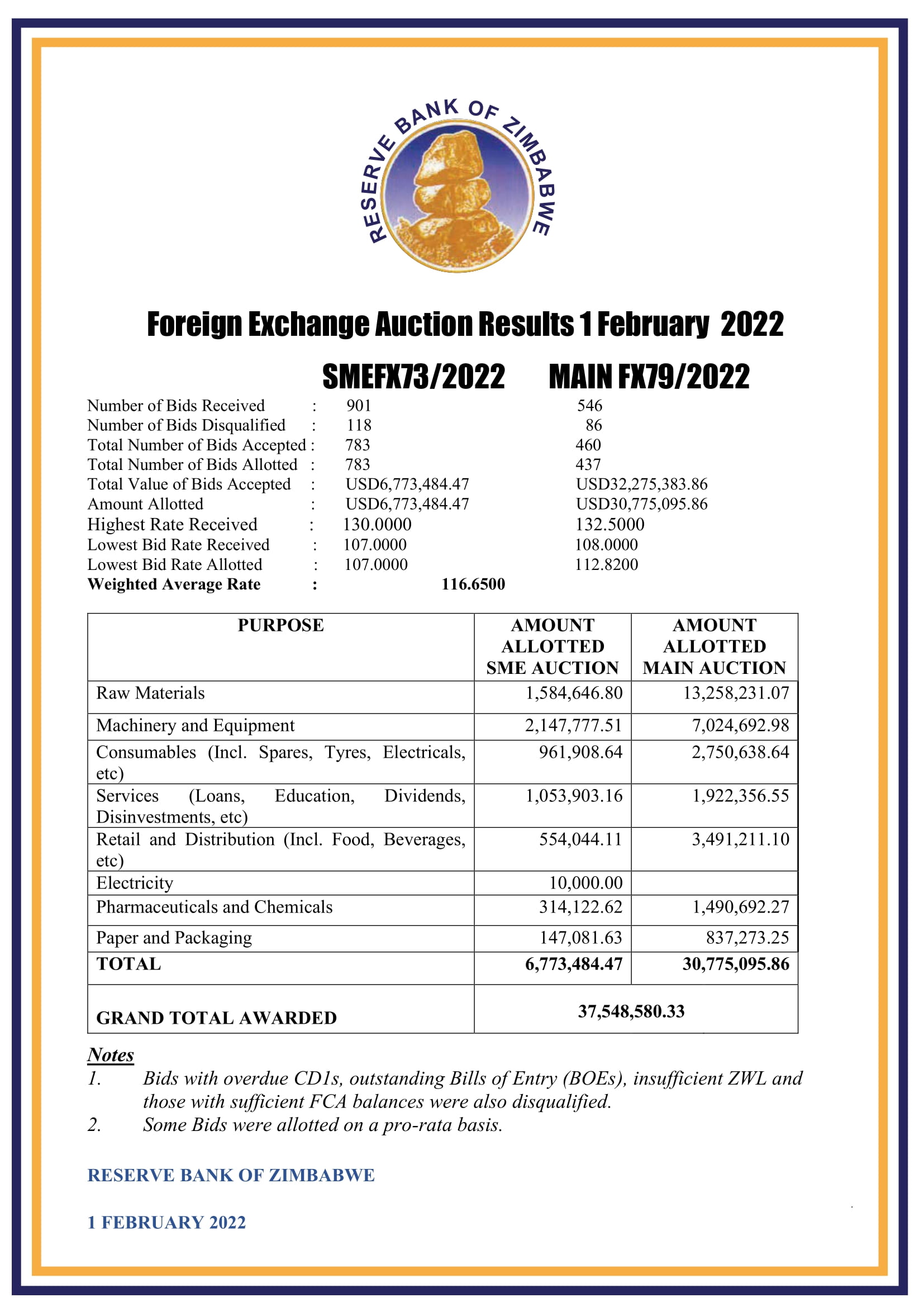