Zimbabwe dollar plunges to $458.37 to the US dollar

A total of US$19.3 million was allotted yesterday to less than 700 bids, 521 from the small and medium sector.

The swipe or Zipit rate of $950 has been stable since the introduction of the gold coin on 25 July. The coin is reported to have mopped out over $1 billion in excess liquidity last week after only 1 500 coins had been sold.

The Reserve Bank of Zimbabwe said 85% of the coins purchased so far were bought in local currency. It has released an additional 2000 coins. 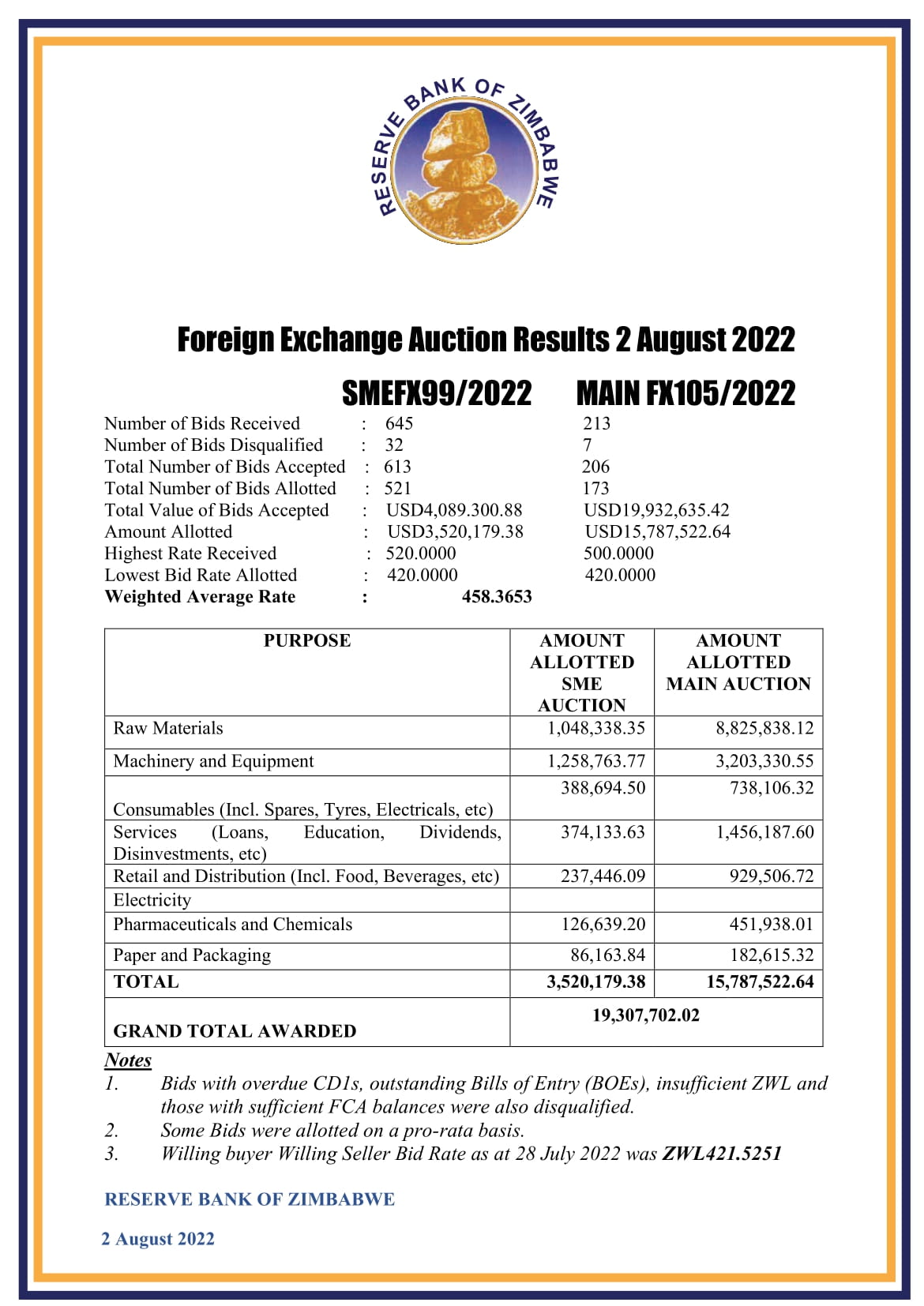