Zimbabwe dollar falls by another $1.85 against United States dollar

Offers widened with the lowest offer at $95 and the highest at $120.

The local currency fell by $4 last week as the auction continues to battle to narrow the gap between the official and the black market rates.

A total of 1 934 bids were received today indicating that more people are turning to the auction.

It is not clear whether the central bank has managed to clamp down on speculators coming to the auction to buy foreign currency to sell on the black market.

It only named and shamed a few companies and has been quiet since. 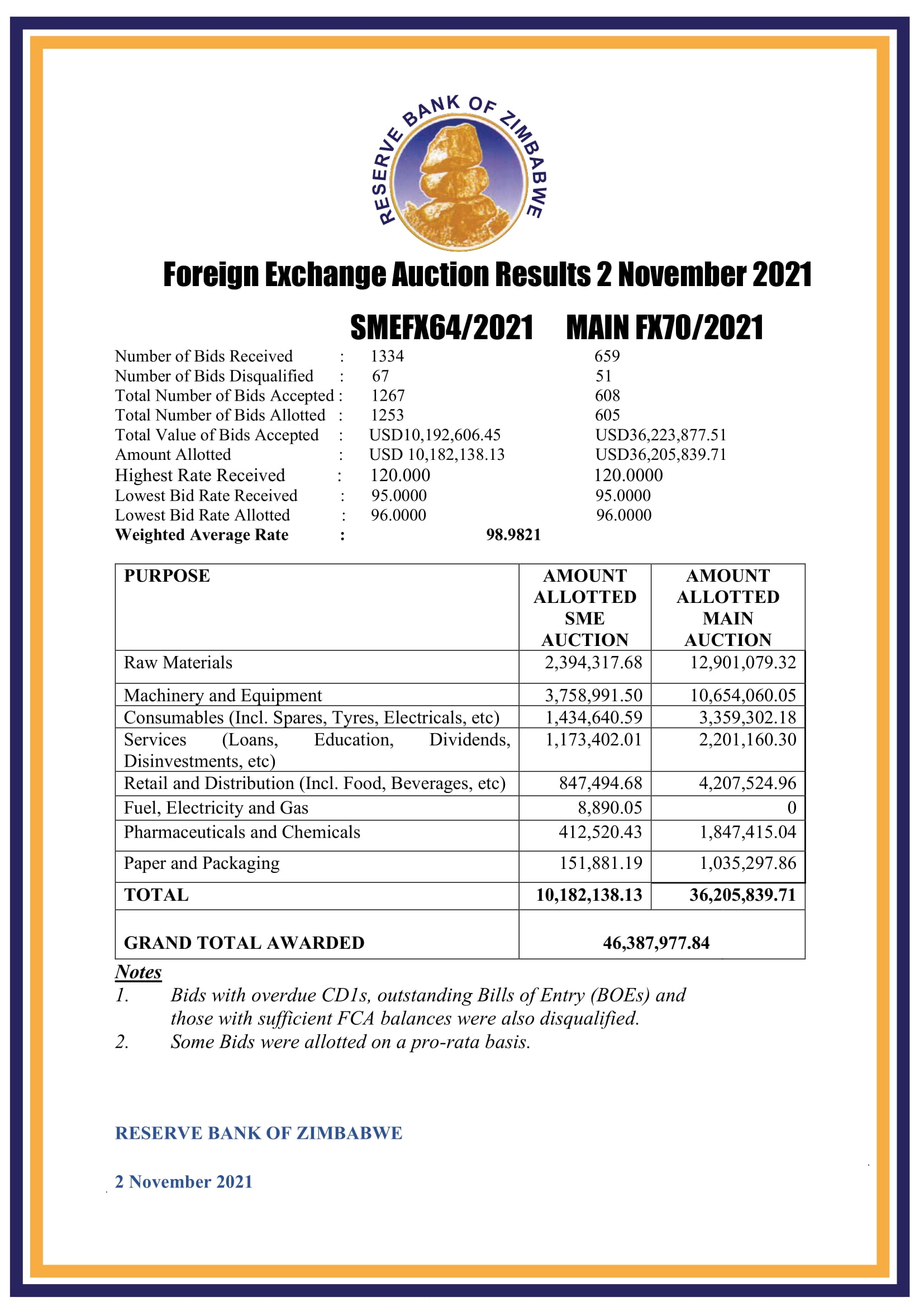