The Zimbabwe dollar today fell by nine cents against the United States dollar as it stayed within the $85 range dropping from $85.6402 to $85.7286.

A total of US$45.5 million was allotted to 976 businesses including 624 small and medium enterprises which got US$10.3 million.

There has been concern that though the auction has kept the local currency stable, this could be upset by delays in disbursing the money allotted to companies.

Economist and former Monetary Policy Committee member Eddie Cross said the backlog was as much as US$200 million but some economists dismissed his argument for the auction to only allocate what was available.

The central bank has not publicly commented on the backlog but Reserve Bank of Zimbabwe Governor John Mangudya is expected to present his monetary policy statement soon.

Finance Minister Mthuli Ncube, who presented his mid-term budget review last week, was upbeat about the drop in inflation to double digit levels from 106% to 56%. 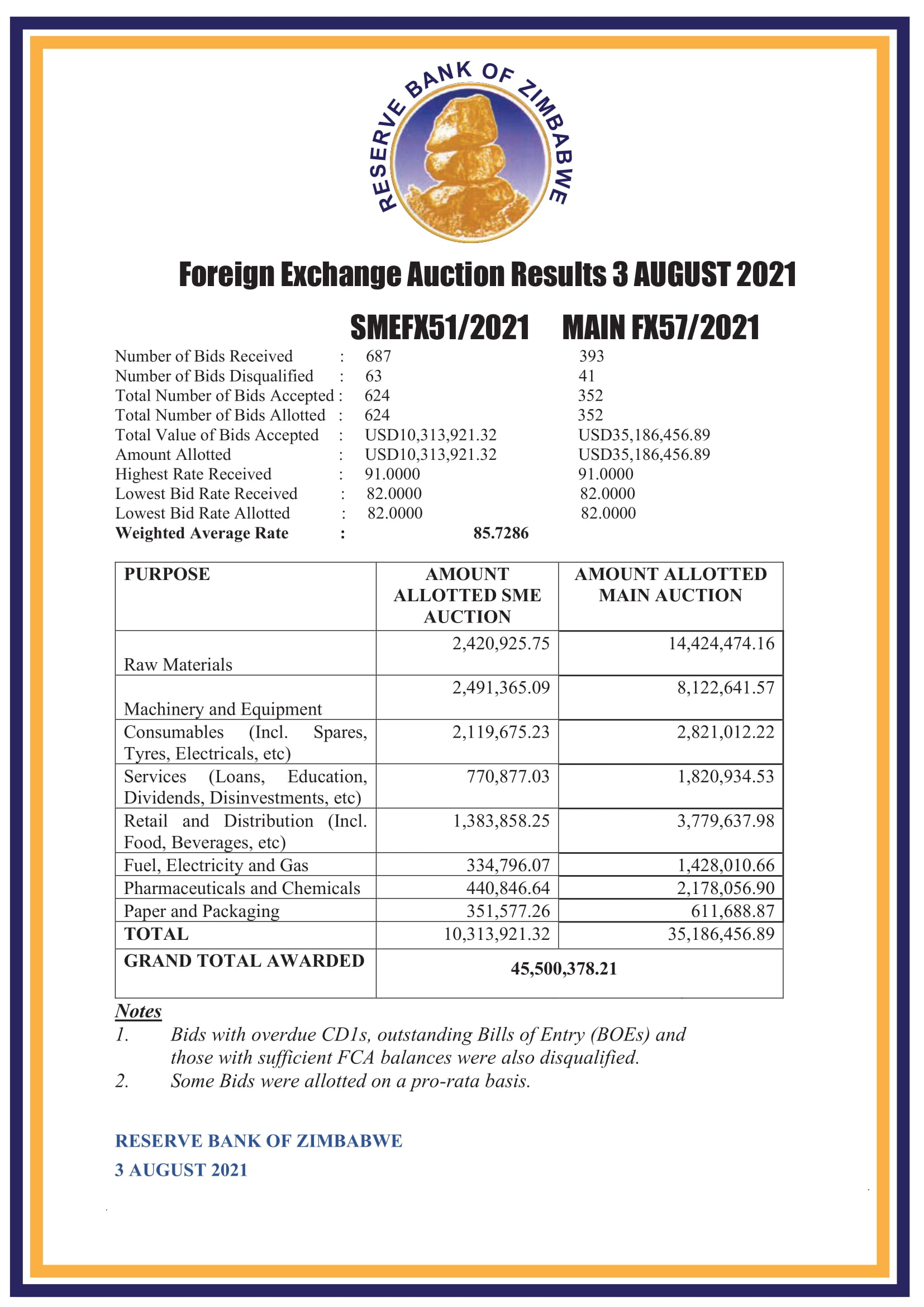