The Zimbabwe dollar today fell by nearly 70 cents to average $83.3725, the second lowest rate since the foreign currency auction started on 23 June.

And there was a huge improvement on  the value of bids accepted and the amount allotted narrowing the gap from US$11.7 million to less than US$400 000.

Total bids received today were valued at US$36.7 million but US$33.3 million was allotted.

Last week the value of bids accepted was US$39.7 million but only US$28 million was allotted.

Today the highest offer was $89 while the lowest remained at $80.

There have been growing fears that the local currency could tumble against the greenback because of pressure to get foreign currency on the black market especially for fuel because almost all service stations are now selling fuel in United States dollars.

Supply has, however, greatly improved. 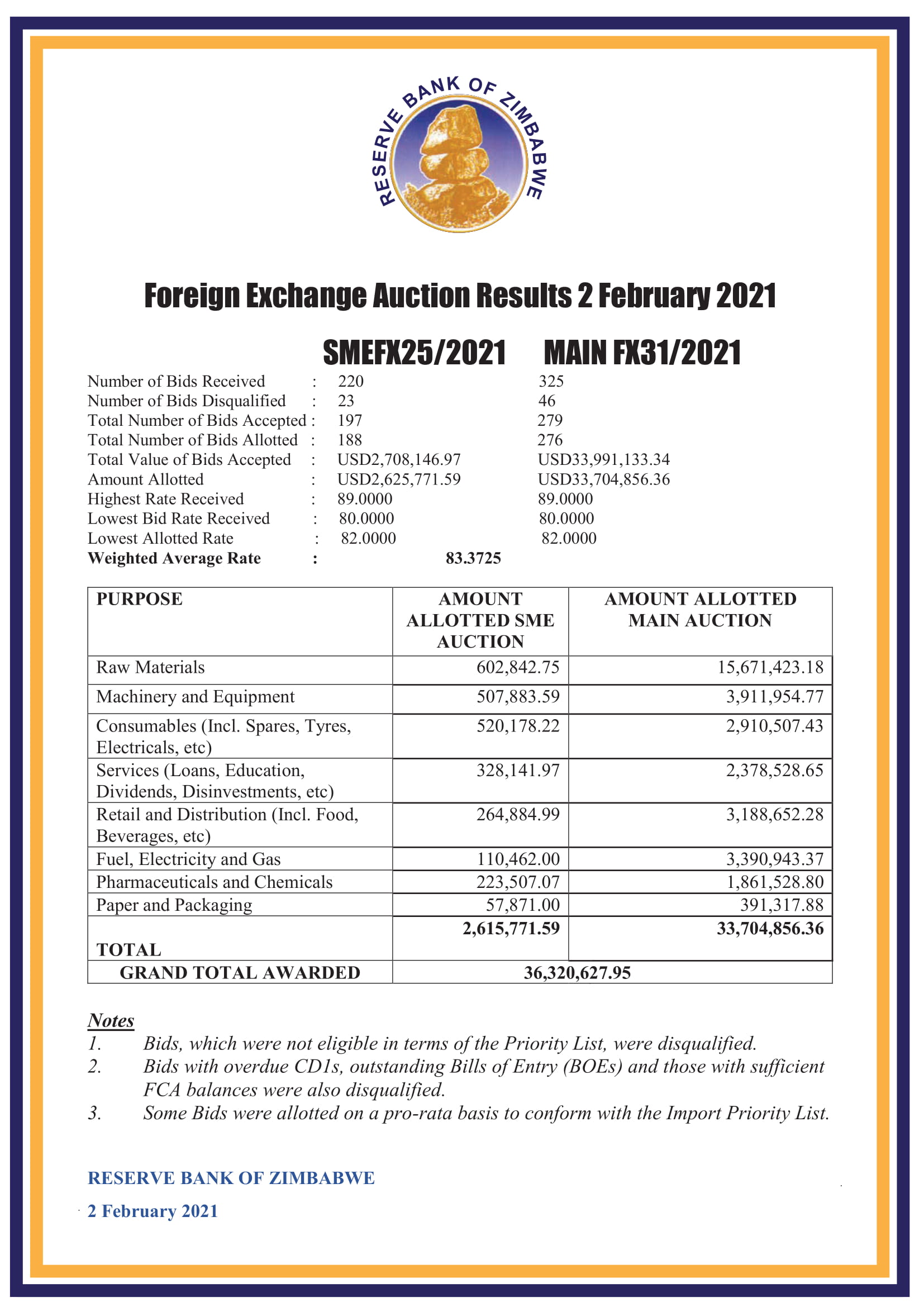