The Zimbabwe dollar today fell by 59 cents against the Zimbabwe dollar and for the first time since 4 August last year when Zimbabwe held its seventh foreign currency auction today’s auction was not able to meet all the bids accepted in full.

The shortage of US$11.7 million on the official market could fuel the black market.

Next week’s auction will tell. 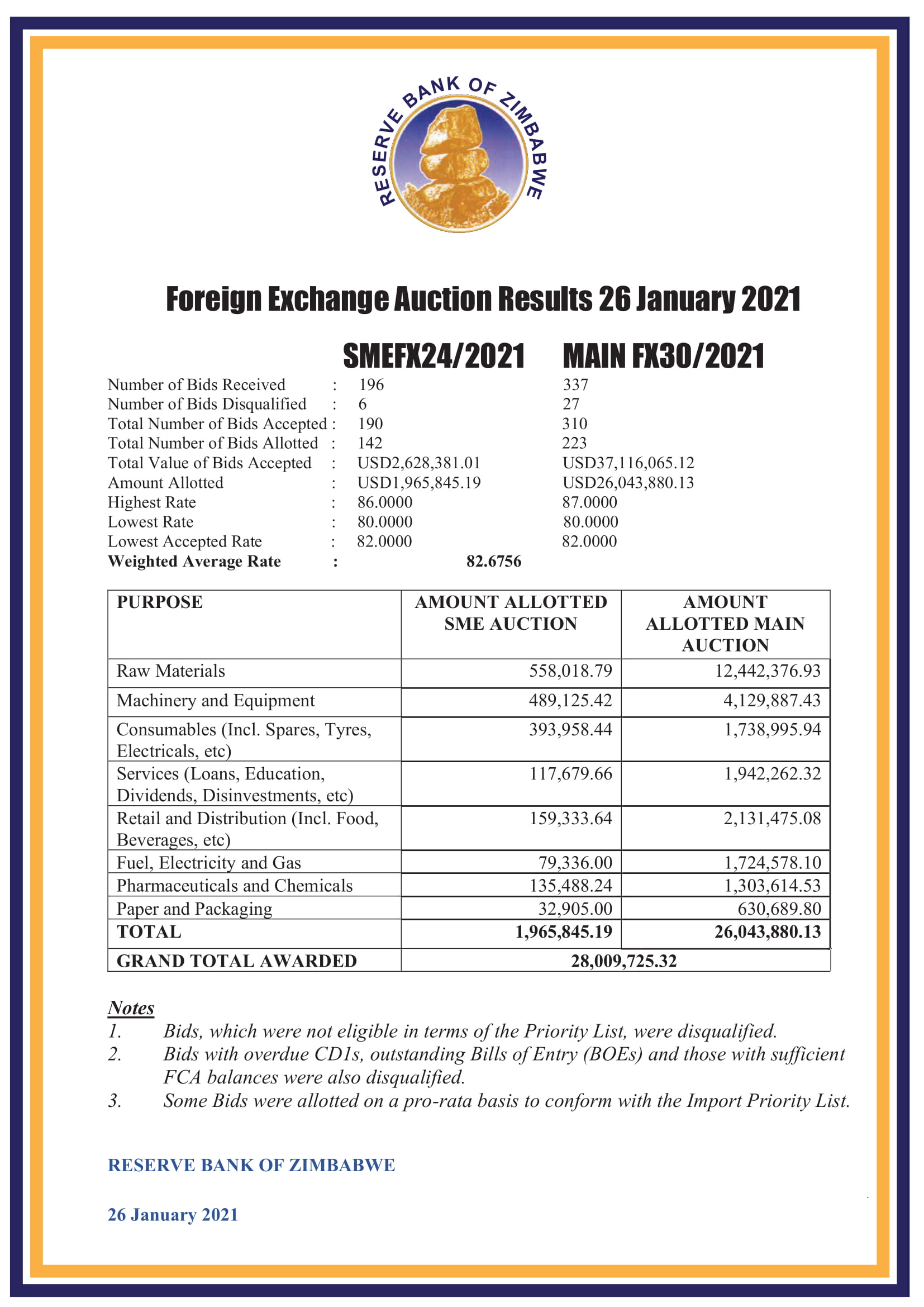