Zimbabwe dollar falls by 2 cents against the US dollar

The Zimbabwe dollar today fell by two cents against the United States dollar as the country’s inflation which largely depends on the stability of the local currency dropped to 194%, the lowest in nearly two years.

So far US$552.9 million has been disbursed through the auction this year bringing the total since the auction started in June last year to US$1.18 billion.

Zimbabwe is banking on the foreign currency auction market to propel its recovery and has predicted a growth of 7.4% this year.

It has also estimated that inflation will drop to around 10% by the end of the year. 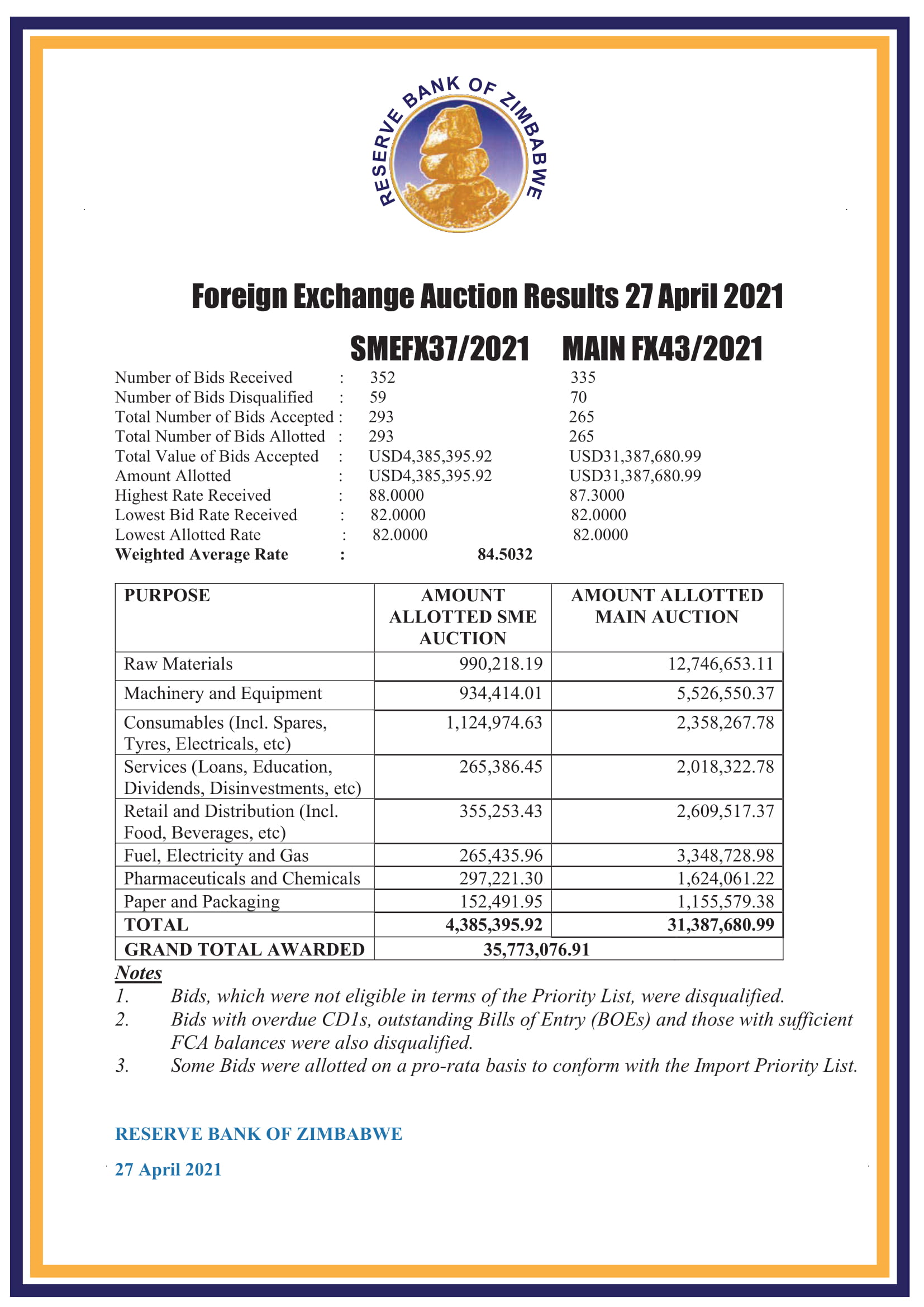