The Zimbabwe dollar today fell by 15 cents to breach the $86 mark after hovering in the $85 range from 8 June as the Zimbabwe foreign exchange auction allotted US$46.5 million to 1280 bids, 901 of them in the small and medium enterprises sector.

The auction has so far allotted US$1.96 billion since it kicked off on 23 June last year.

The auction has brought about stability in the market and is credited with the drop in inflation from 837.5% in July last year to 50.2% this month but there were questions on whether this could be sustained following reports that allotments were behind by almost two months and the auction had a payment backlog of US$200 million.

The central bank’s monetary policy committee however said the backlog was US$175 million and urged the bank to clear this within a month.

This is quite achievable as Zimbabwe has just received US$961 million from the International Monetary Fund and has pledged to use half the amount to stabilise the local currency. 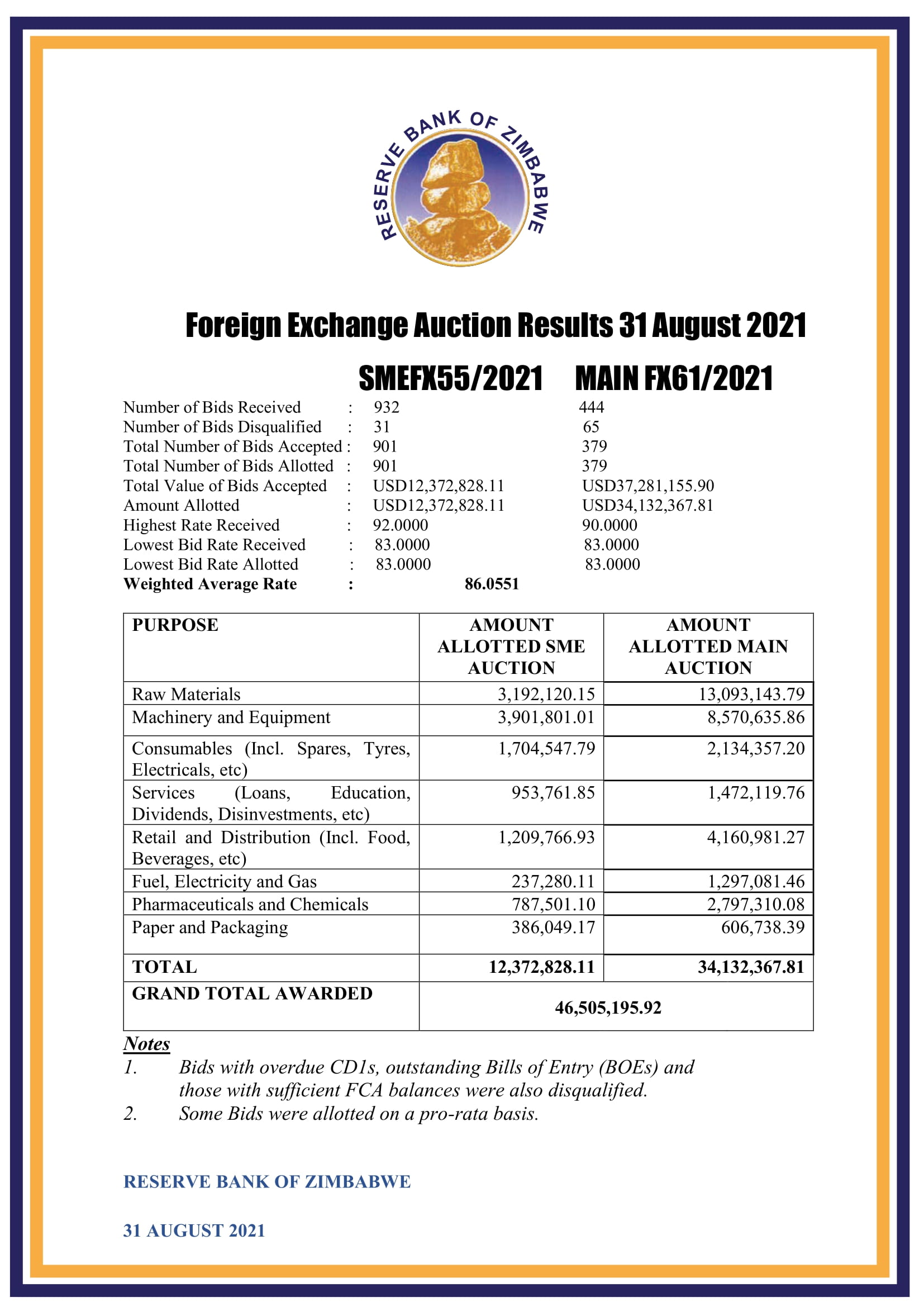