The Zimbabwe dollar, which has been on the decline over the past two foreign exchange auctions, today fell by 10 cents against the United States dollar to average $81.82 as a record US$33 million was disbursed at both the Small and Medium Enterprise auction and the Main auction.

Only 36 bids were disqualified at the two auctions with 166 in the SME auction and 268 in the main auction qualifying.

US$2.3 million was allotted at the SME auction and US$30.6 million at the main auction.

The gap between the highest and lowest offers, however, narrowed to $88.33 from $90 last week but the lowest offer remained static at $80.

A total of US$499.8 million has been disbursed since the auction started on 23 June.

Finance Minister Mthuli Ncube is expected to set the tone for 2021 when he presents his budget on Thursday but he has been upbeat about the stability the foreign currency auction has brought to the market. 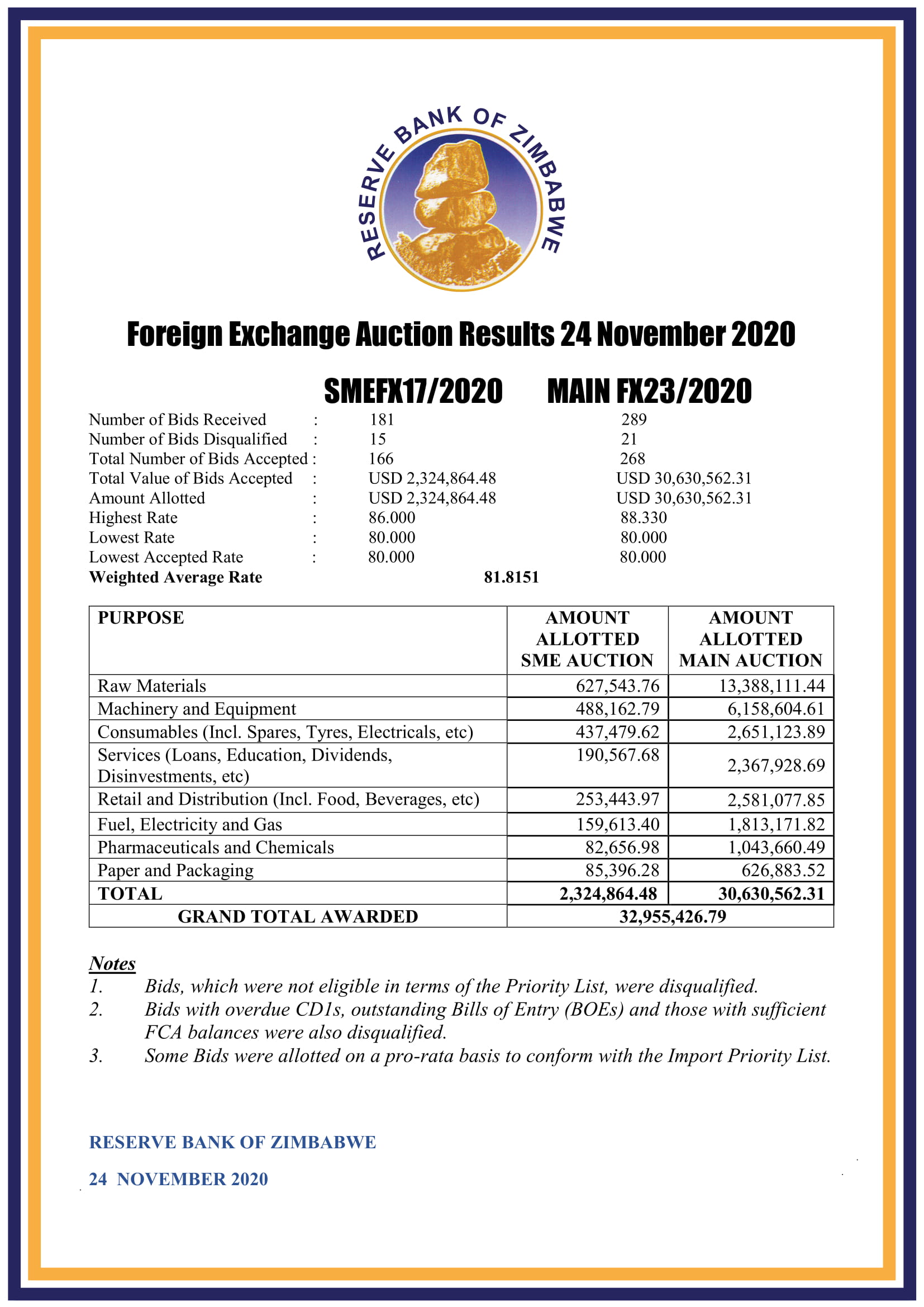