The Zimbabwe dollar today eased by 95 cents against the United States dollar to average $99.9301 only seven cents shy of clocking $100 to one.

The auction today approved 1 869 bids worth US$46.9 million but rejected a whopping 101 bids from large firms.

The central bank also announced changes for the submission of bids for the auction.

The central bank said this had become necessary because it was receiving an average of 2 000 bids a week.

The change in submission deadlines is aimed at giving the banks enough time to carry out the necessary due diligence processes and to assess their customers’ bids. 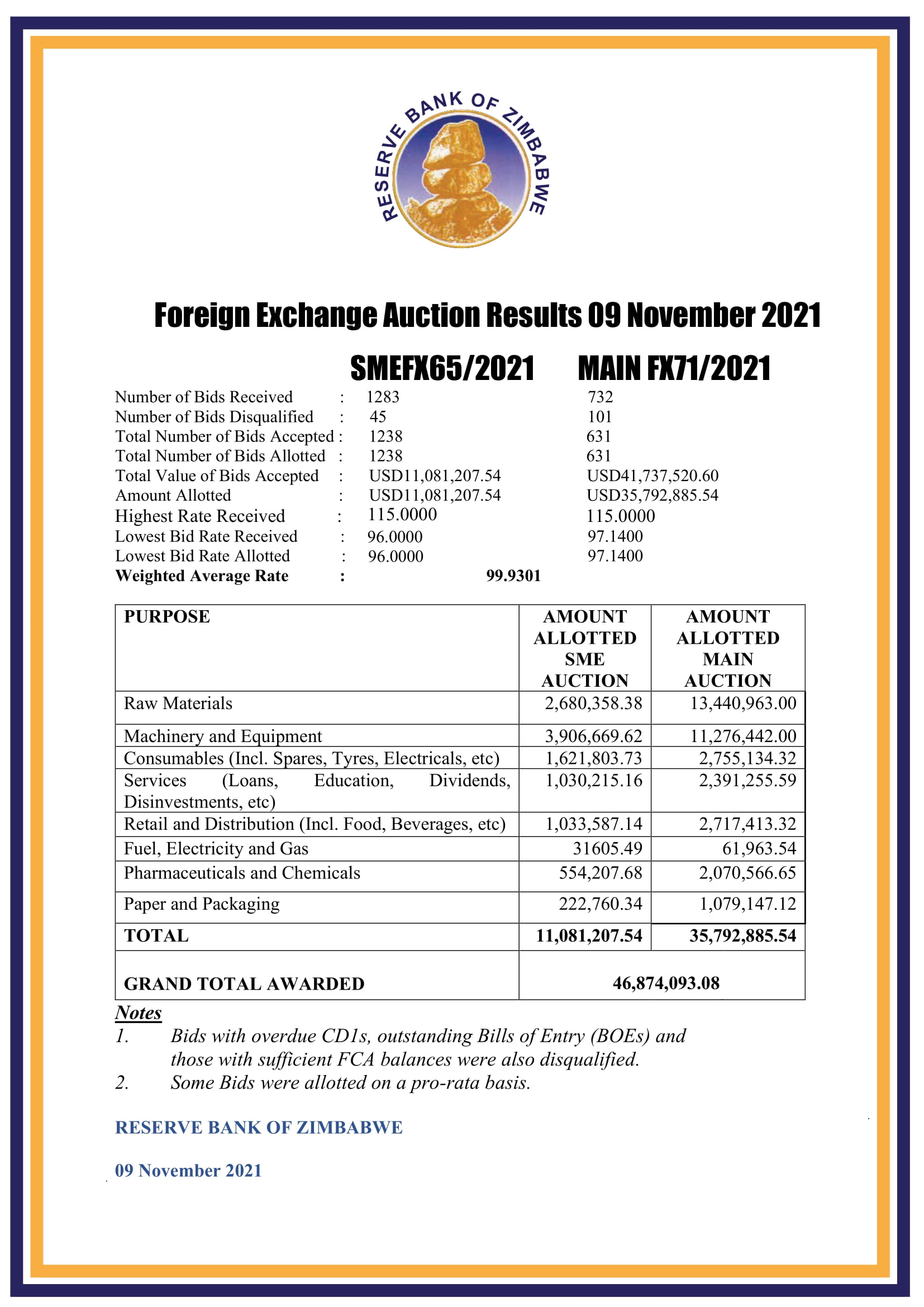