Zimbabwe dollar eases by 8 cents against the US dollar

The Zimbabwe dollar today eased by eight cents against the United States dollar to average 84.7259 from last week’s 84.6494 at the last foreign currency auction for this month.

The auction, which is nearing its first anniversary, has so far disbursed US$1.3 billion, U$712.6 million of it this year.

Offers remained within the $82-$89 range but a total of 735 bids were approved, 416 from the small and medium enterprises sector and 319 from large companies.

Zimbabwe is banking on the foreign exchange auction to stabilise prices and bring down inflation.

United States economist, Steve Hanke, who has been following Zimbabwe inflation for more than a decade, said his calculation was that Zimbabwe’s inflation was 86% yesterday.

The Reserve Bank of Zimbabwe has published a list of all the firms and businesses that received foreign currency from the auction since it was launched on 23 June last year up to the end of April this year. 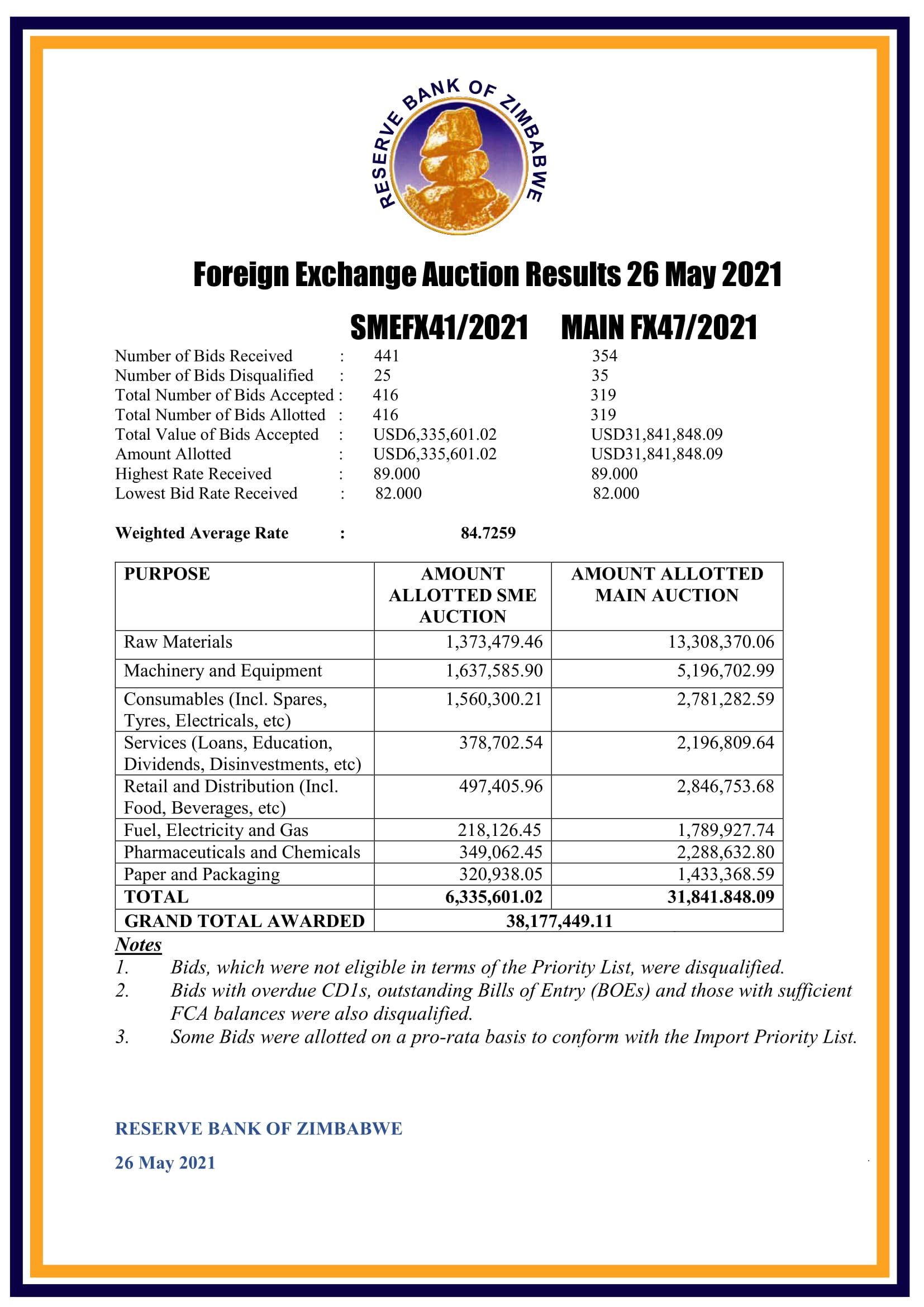