The Zimbabwe today eased by six cents against the United States dollar as the foreign currency auction allotted US$41.97 million to 851 businesses.

The auction, which marked its first anniversary last week, has so far disbursed US$919.6 million this year and the Zimbabwe dollar has eased by only $3.33 since the beginning of the year.

Zimbabwe is anchoring its recovery programme on the stability of the foreign currency auction system which has so far managed to hold its fort despite claims that it is being manipulated.

The Zimbabwe National Statistics Agency yesterday reported that year-on-year inflation, which peaked at 837.5% in July last year, was down to 106.6% this month. It was 737.5% in June last year.

Month-on-month inflation, however, rose by 1.4 percentage points in June to end at 3.9%

Zimbabwe hopes to have inflation of less than 10% by the end of the year and predicts that its economy will grow by 7.4%.

The World Bank has said it will grow by 3.9%while the International Monetary Fund put the figure at 6%. 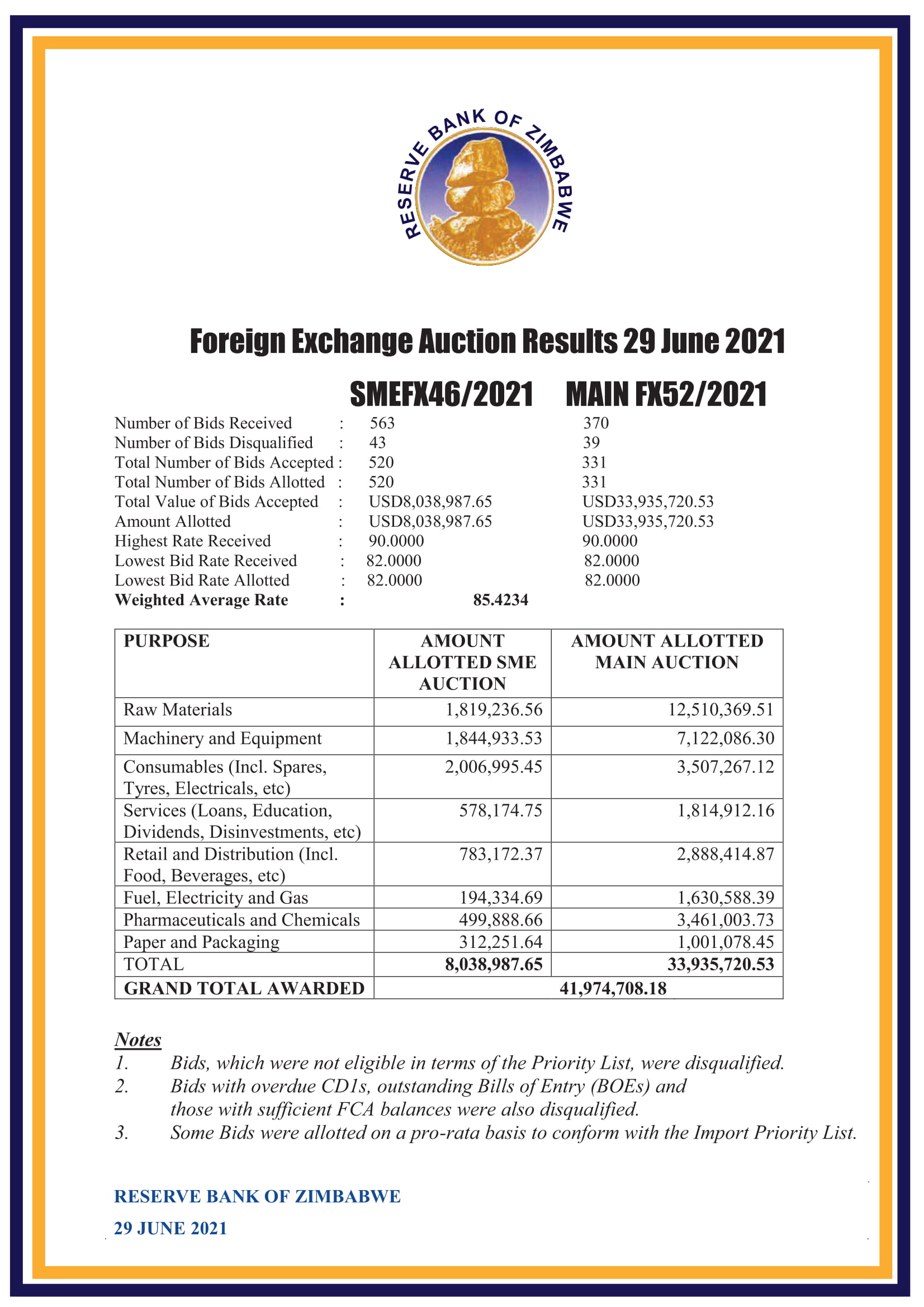