Zimbabwe dollar down to $80.47 against the US dollar

The Zimbabwe dollar today fell by $3.71 against the United States dollar to average $80.47 as it once again narrowed the gap between the official and the parallel market rates.

And for a change bids worth just a million dollars were not accepted as the auction received bids for $19.8 million and US$18.5 million was allotted.

Only 36 of the 237 bids received were disqualified.

The lowest rate remained static at $70.

The bulk of the money, US$7.6 million went to raw materials.

Machinery and equipment got US$4.5million while pharmaceuticals and chemicals were allotted US$1.7 million. 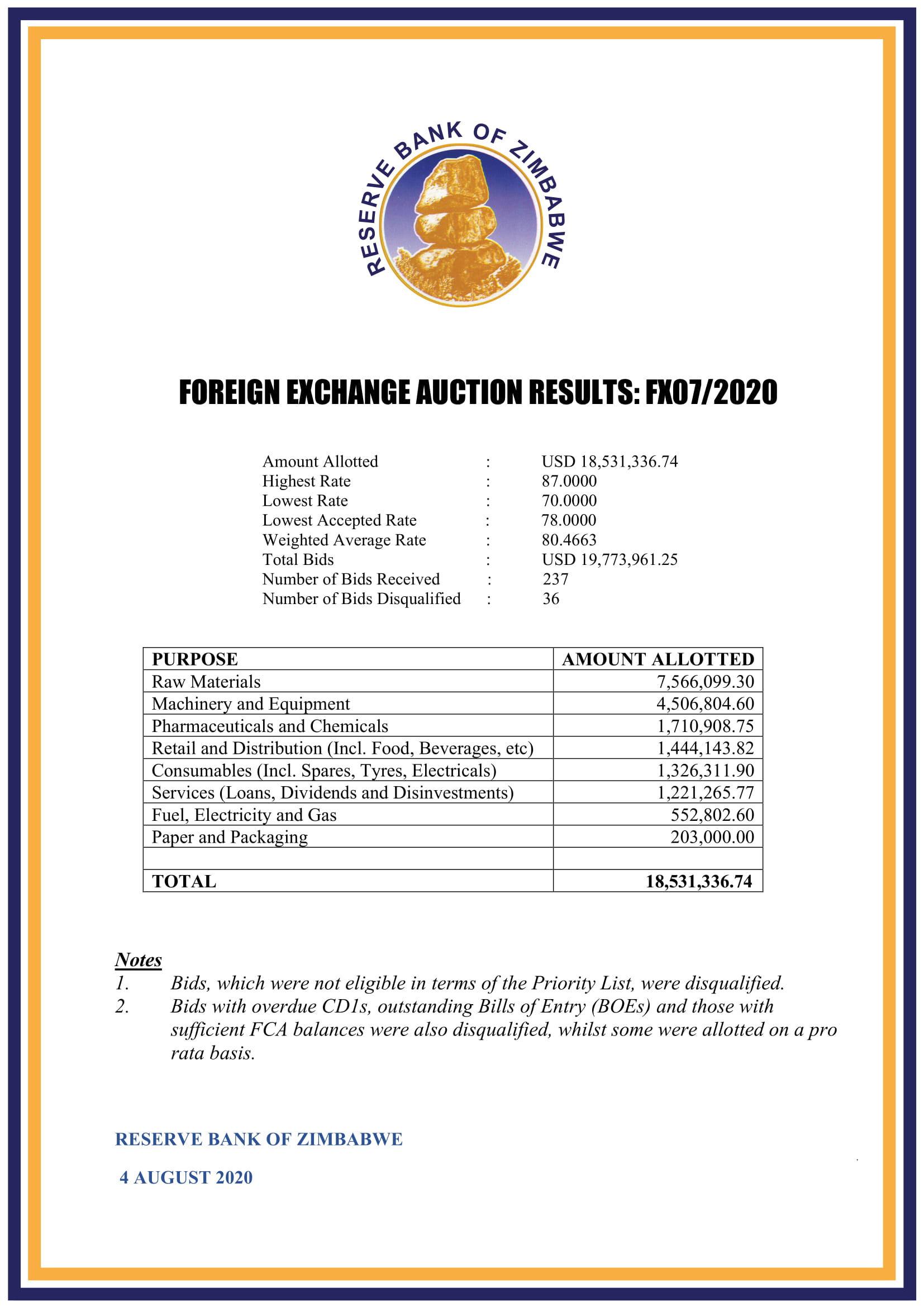