Zimbabwe dollar down to $325.33 but still chasing black market...

The auction rate is, however, above the interbank rate which today stood at $312.0164.

The government is encouraging businesses to use the interbank rate for pricing but most business are using the black market swipe rate of $520.

A total of US$24.9 million was allotted today with all the bids accepted being met in full for the first time in weeks.

Some economists predicted that the Zimbabwe dollar will collapse this month. There are three more auctions this month.

The government says it has introduced measures to shore up the local currency but though the auction rate had reached convergence with the interbank rate, the black market rate continues to spiral.

While the government attributes this to saboteurs, a survey done by the ruling party in 2018 when Finance Minister Mthuli Ncube announced that the local currency was no longer at par with the US dollar showed that most of the major players in the black market were senior ZANU-PF officials including ministers. 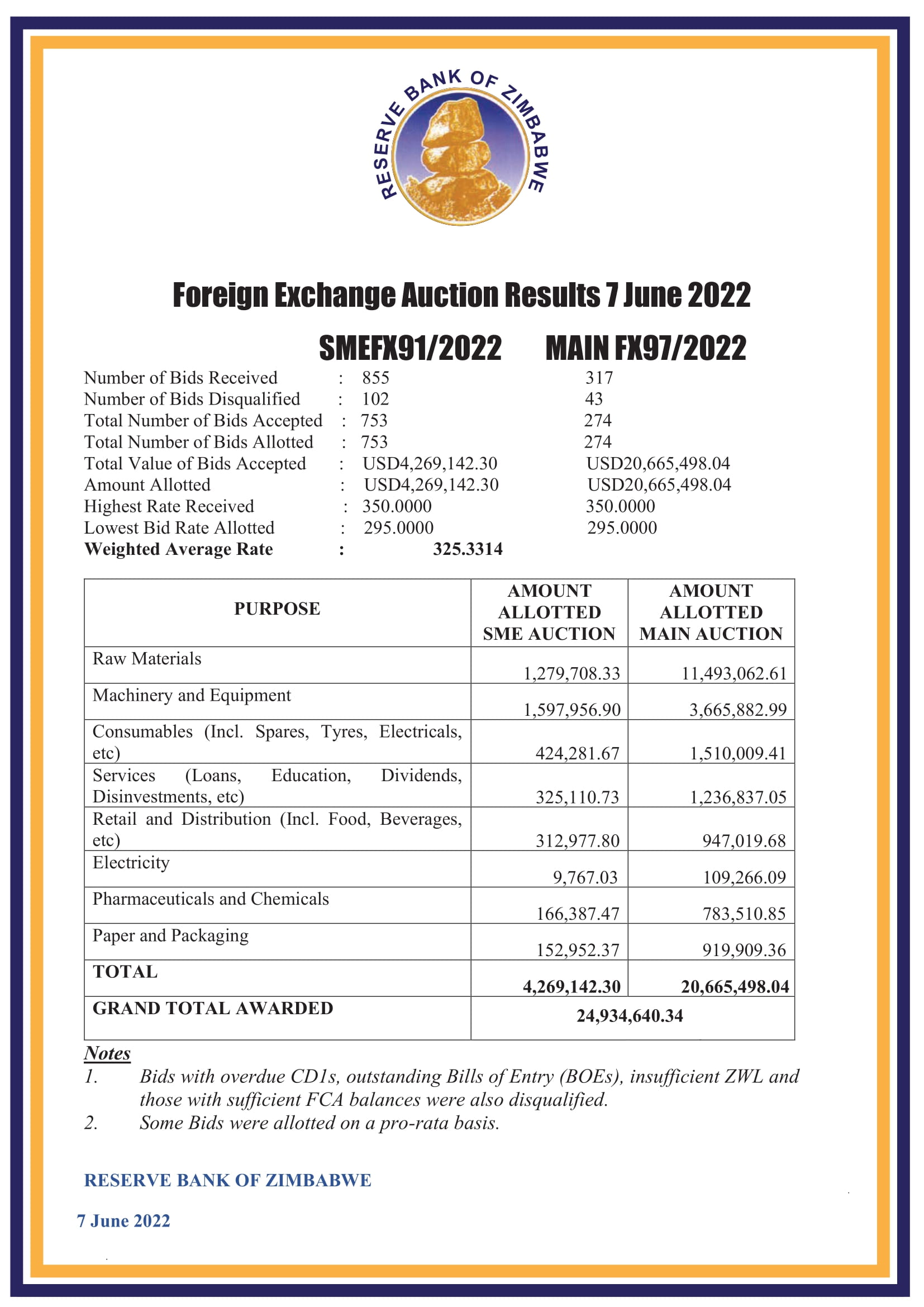