The lowest rate offered today was $90 and the highest $115 but the lowest bid allotted was for $95.

More than 1 900 bids were received but only 1 283 were allotted, with 881 small and medium enterprises getting US$9 million and 402 large companies getting US$31.7 million.

The Zimbabwe dollar has been under siege over the past three months but things seem to be turning around following government’s threat to deal with saboteurs.

Several financial institutions and individuals were arrested for fuelling the black market.

Legislators and businesses called on the government last week to return to the United States dollar as the country’s sole currency but Finance Minister Mthuli Ncube said that would be suicidal.

Zimbabwe seems to be winning the war as even inflation figures calculated by United States economist Steve Hanke, who uses the black market rate to calculate inflation, have been going down. 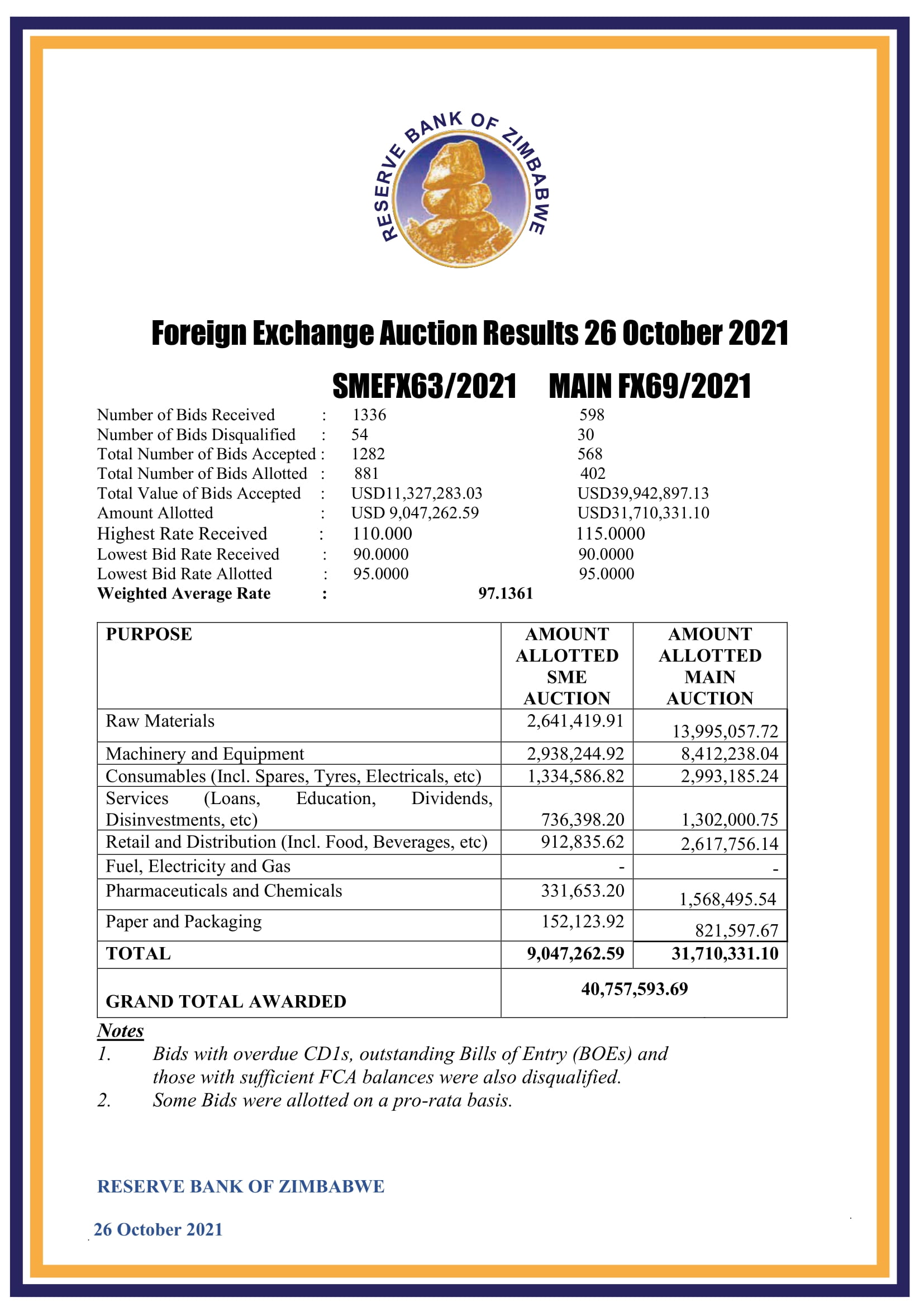