Zimbabwe dollar appreciates against US dollar for third week running

The Zimbabwe dollar today appreciated by 99 cent against the United States dollar to average $81.71 cents at today’s foreign exchange auction, the 13th since the first auction on 23 June.

The money allotted to small business exceeded one million dollars for the first time. This was the seventh auction for SMEs.

As has been the trend, raw materials, machinery and equipment gobbled more than half of the money allotted, taking US$12.1 million of the US$21.2 million.

Ironically, the Old Mutual Implied Rate fell to $129.89 its lowest rate for this year raising a lot of question why this is so.

President Emmerson Mnangagwa said at the weekend that the government had cracked down on Ecocash after discovering that it had created $8.4 billion in phantom money which was fuelling the black market as well as inflation.

At today’s auction the highest rate offered at the main market was $88 and at the SME auction $86.50.

The lowest rate offered at both markets was $75 which was also the lowest rate accepted leaving room for the Zimbabwe dollar to appreciate against the greenback at the next auction. 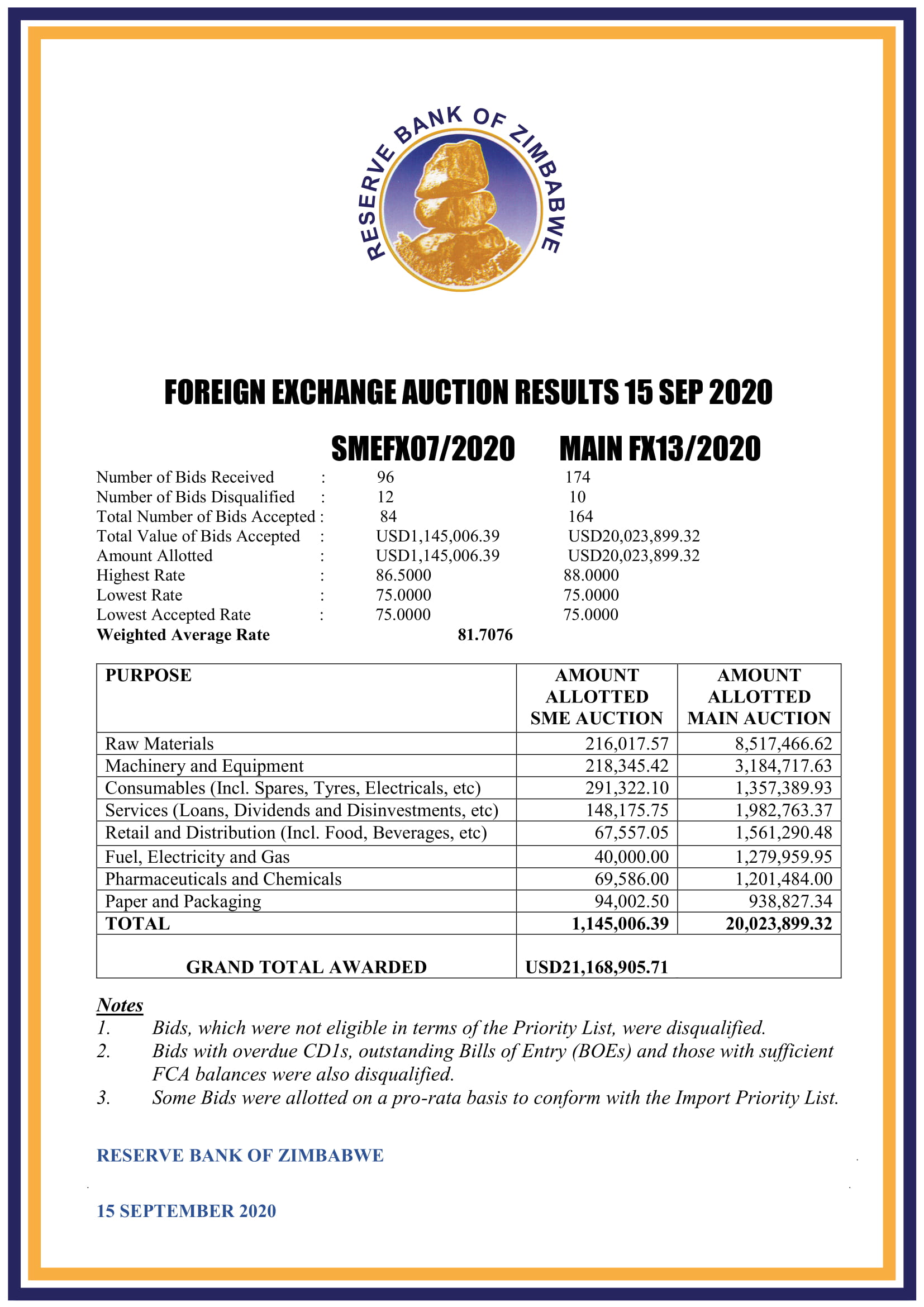