Zimbabwe DJs jailed for hosting a New Year bash in... 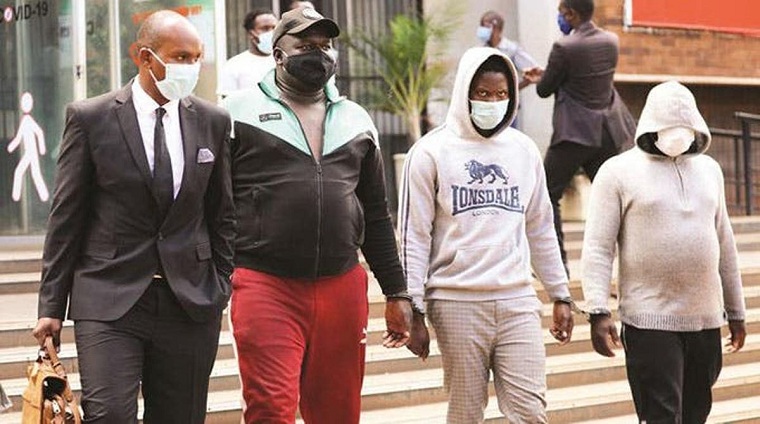 Organisers of the New Year’s Eve musical jamboree held in the high density suburb of Mbare in Harare were today jailed for an effective six months in prison for violating the country’s Covid-19 regulations.

Harare Magistrate, Vongai Guwuriro sentenced the popular trio, affectionately known as DJ Levels, DJ Fantan and the promoter of the show, Dammah whose real names are Arnold Kamudyariwa (33) Tafadzwa Kadzimwe (31) and Simbarashe Chanachimwe (27) to 12 months in jail before setting aside six months on condition they will not commit a similar offence in the next three years.

Damma, who runs music promotion stable, David House International is said to have paid artists around US$200 each for performing at the show, referred to as Pasa Pasa, which was in turn hosted by Fantan and Levels and others who have not been arrested.

The trio pleaded guilty yesterday to violating Covid-19 regulations which prohibit holding large gatherings in a bid to contain the spread of the contagious virus which has infected over 17 000 people and killed 418 others since March last year.

Over 10 artists performed at the event which was attended by thousands of people.

At least 52 other people were arrested in connection with the gig and were fined, while four senior police officers who were in charge of the police station, less than a kilometre from where the gig was hosted were suspended for failing to discharge their duties.

“The Court agreed with submissions that the offences may have been caused by youthfulness and immaturity but the effect of their action are far reaching and a fine is not justified in the circumstances because the pandemic is killing and affecting many families,” the magistrate said in sentencing the trio.

“A non-custodial sentence and a fine would be a mockery to the charge they are facing.”

Meanwhile, the trio is set to appeal against the sentence at the High Court.-New Ziana