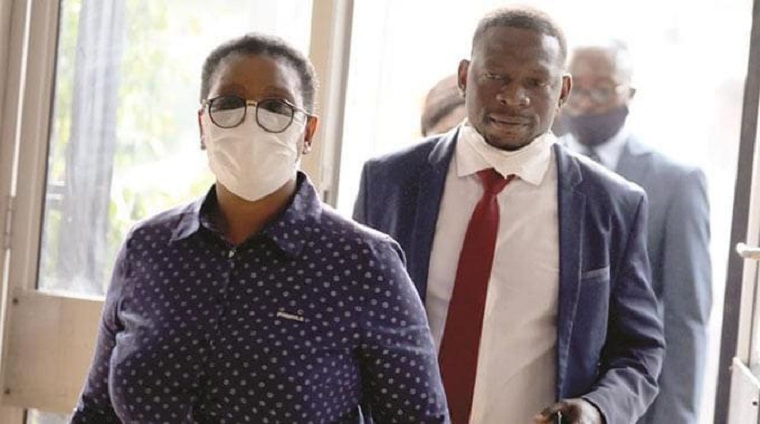 Harare Magistrate Ngoni Nduna today granted an application by the State to withdraw its consent to bail for incarcerated former Zimbabwe Miners Federation president Henrietta Rushwaya who was arrested on Monday while allegedly attempting to smuggle out 6 kg of gold.

Rushwaya, who was suspended from her ZMF post yesterday pending resolution of the court case, was arrested after scanners at the airport detected the gold in her luggage as she was checking-in for a flight to Dubai.

The State had earlier in the week consented that Rushwaya be granted $90 000 bail, be ordered to report twice a week at CID Minerals Flora and Fauna Unit, surrender title deeds to the house belonging to her lawyer and not to interfere with investigations and witnesses.

Nduna took exception to the pre-court agreement between the State and Rushwaya’s lawyers, including the terms for the partial freedom, castigating the two parties for wanting him to rubber stamp it.

He insisted that the prosecution should give compelling reasons for consenting to bail without opposing it as was usual in most serious cases.

In applying to withdraw its consent, the State argued that fresh details had emerged in the case, indicating that Rushwaya could be part of a bigger syndicate allegedly involved in the attempted smuggling and investigations should be widened.

Rushwaya will now be committed to remand prison and her case will be heard together with her six accomplices in the attempted smuggling of the gold, who include two security aides, one bogus security aide, one of her colleague at the ZMF and two senior CID officials. –New Ziana