Zimbabwe, coronavirus and by-elections, is government hiding behind a finger? 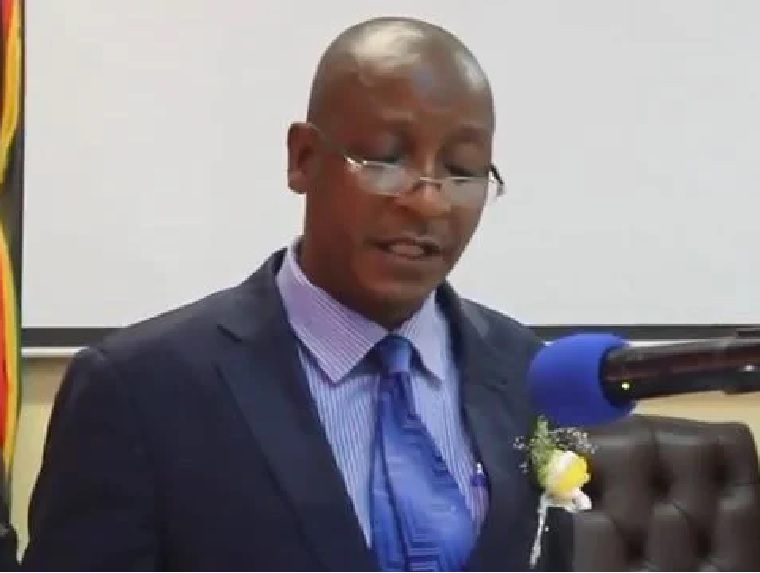 Zimbabwe Justice Minister Ziyamba Ziyambi has justified the postponement of by-elections that were due in December saying current regulations to contain the coronavirus pandemic allow this and they end in January.

Asked if this was not a question of double standards as people were gathering to hold primary elections and buses were travelling long distances carrying 75 passengers, Ziyambi said his ministry was not responsible for enforcement of the regulations.

Most of the by-elections that are due to be held were caused by the recalling of Movement for Democratic Change Alliance legislators by the MDC-Tsvangirai following the Supreme Court ruling earlier this year that the party should revert to 2014 congress structures.

The MDC-T has recalled about 30 legislators and has filled 15 seats, seven under the proportional representative system and eight in the Senate.

HON. CHIKWINYA: My question is directed to the Minster of Justice, Legal and Parliamentary Affairs. COVID-19 regulations are drafted in compliance with advice from the global regulations as provided by the World Health Organisation (WHO).  Now, the WHO has advised that elections can be conducted and indeed so many countries have proceeded to conduct national elections, Malawi included.

We have by-elections which are pending and in his announcement, the Speaker said Statutory Instrument (SI) 225 (a) of 2020 was deemed unconstitutional by the Parliamentary Legal Committee (PLC).  When is Zimbabwe going to hold the by-elections that are now overdue to replace the seats that were left vacant by members who left this Parliament this year?

THE MINISTER OF JUSTICE, LEGAL AND PARLIAMENTARY AFFAIRS (HON. ZIYAMBI):  When we make regulations, we make them according to our enabling legislation.  We take advice as and when we see it fit according to our local condition.  We do not just take advice for the sake of advice otherwise it will not be advice at all; it will be a directive.  In our case, we analyse the advice or the statements that are issued by international organisations and we apply them to our local condition.  Let us not worry about what WHO said.  We take what we believe is applicable to our own environment.

Coming to when the by-elections will be held, we have a state of public health emergency or a state of pandemic that was declared by His Excellency.  That declaration is ending next year in January.  Pursuant to that, which is perfectly legal; several Statutory Instruments were enacted to give effect to that declaration in order for us to control the pandemic and among the S.I. that was issued was one that dealt with holding of elections to say that they are suspended for the duration of the pandemic.  In other words, we have just simply suspended the right for some time.  Once we believe that the system has normalised and that we do not endanger the lives of our citizenry we will then proceed with the by-elections.  We also have to be mindful that there is a curfew that is still in place. When people are campaigning and there is a curfew, we are bound to criminalise a lot of our people.  So we took into consideration several factors in coming up with that position.

However, this is merely a suspension of that right of holding by-elections for the duration of the declaration of the pandemic and they will be held as per our constitutional provisions and our enabling Act – the Electoral Act.  I thank you.