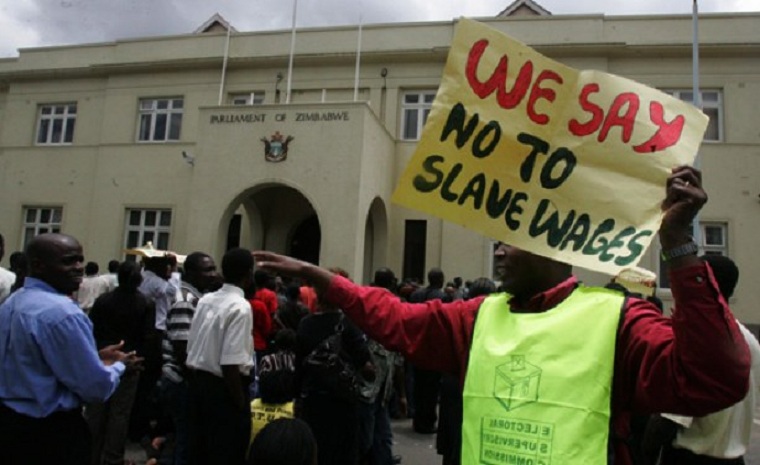 Zimbabwe government workers have requested an urgent meeting with their employer for talks over a possible salary review.

In a letter to their employer, the workers said: “Following the agreement which was reached in the National Joint Negotiating Council meeting held on 16 November 2020 where part of the agreement was to come up with a roadmap by the end of January 2021 with a view to restore value of salaries, APEX Council thereby requests an urgent meeting to address the matter in line with the signed agreement.”

Public sector employees led by the civil service Apex Council have often claimed that talks for a substantive salary review under the NJNC were dragging for too long, as the workers insist on a United States dollar linked salary of a minimum of US$500.

The government on the other hand has said the demand was not feasible.

However, the government has maintained its commitment to paying its workers “a living wage”.

The demand for a meeting by workers comes as Zimbabwe’s annual inflation surged to 362.63 percent in January, a 14.04 percentage points increase from December on the back of rising prices of goods and services.

According to official data released late last month, inflation stood at 348.59 percent in December, slightly above the 300 percent target government had set to achieve.

Zimbabwe’s inflation, which peaked at 837.5 percent in July last year, had largely been going down until the latest spike.

Observers point to fuel price hikes effected in December and this month as one of the major price push factors.

The exchange rate, which has been one of the major price drivers, has largely remained unchanged at both the official and unofficial levels.-New Ziana