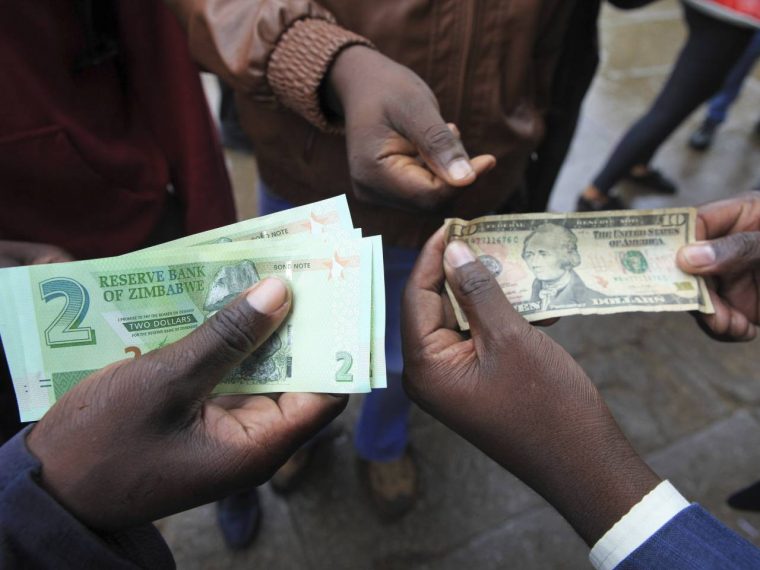 Zimbabwean lenders are urging the central bank to introduce more frequent reviews of the embattled southern African country’s fixed-exchange rate and to ease rules on capital buffers to help the industry cope with the fallout from the coronavirus.

The Bankers Association of Zimbabwe wants the central bank to help stabilize foreign-exchange markets through a “periodic” devaluation of the rate to better reflect the country’s economy, according to a letter sent to the central bank.

The Zimbabwe dollar was pegged at 25 to the greenback on 26 March, while the black-market rate for the US currency can be as much as double that.

The association, which represents all of the country’s major banks, is also asking the regulator to lower statutory reserve requirements to 2.5% from 5% and release some of their capital, the letter says.

Lenders should also be able to prioritize foreign exchange for clinical laboratories to be able to buy equipment, the industry body said.

Zimbabwe’s economy was struggling with hyperinflation and a 90% unemployment rate even before the coronavirus entered the country.

Banks are now concerned that a 21-day shuttering of non-essential businesses on 30 March will cause companies to falter without aid, which will cause unpaid loans to soar.

The association is also recommending that a fund be started for distressed companies that can be accessed through the banks, according to the letter.

The role of the Reserve Bank of Zimbabwe as the lender of last resort should also be strengthened, the association said.- Bloomberg