The Zimbabwe foreign exchange auction allotted US$99.6 million to 2 070 businesses in June with 72% of the money going to the productive sector.

According to figures released by the Reserve Bank of Zimbabwe today, 505 major firms got US$84 million while 1 565 small and medium enterprises were allotted $15.5 million.

Raw materials accounted for 49% of the money allotted while 23% was for machinery and equipment.

The auction accounted for 20% of the foreign currency that was paid out in the first half of this year.

The bulk, 78%, was from foreign currency accounts.

The interbank market accounted for only 2%.

Here is where the money went in June: 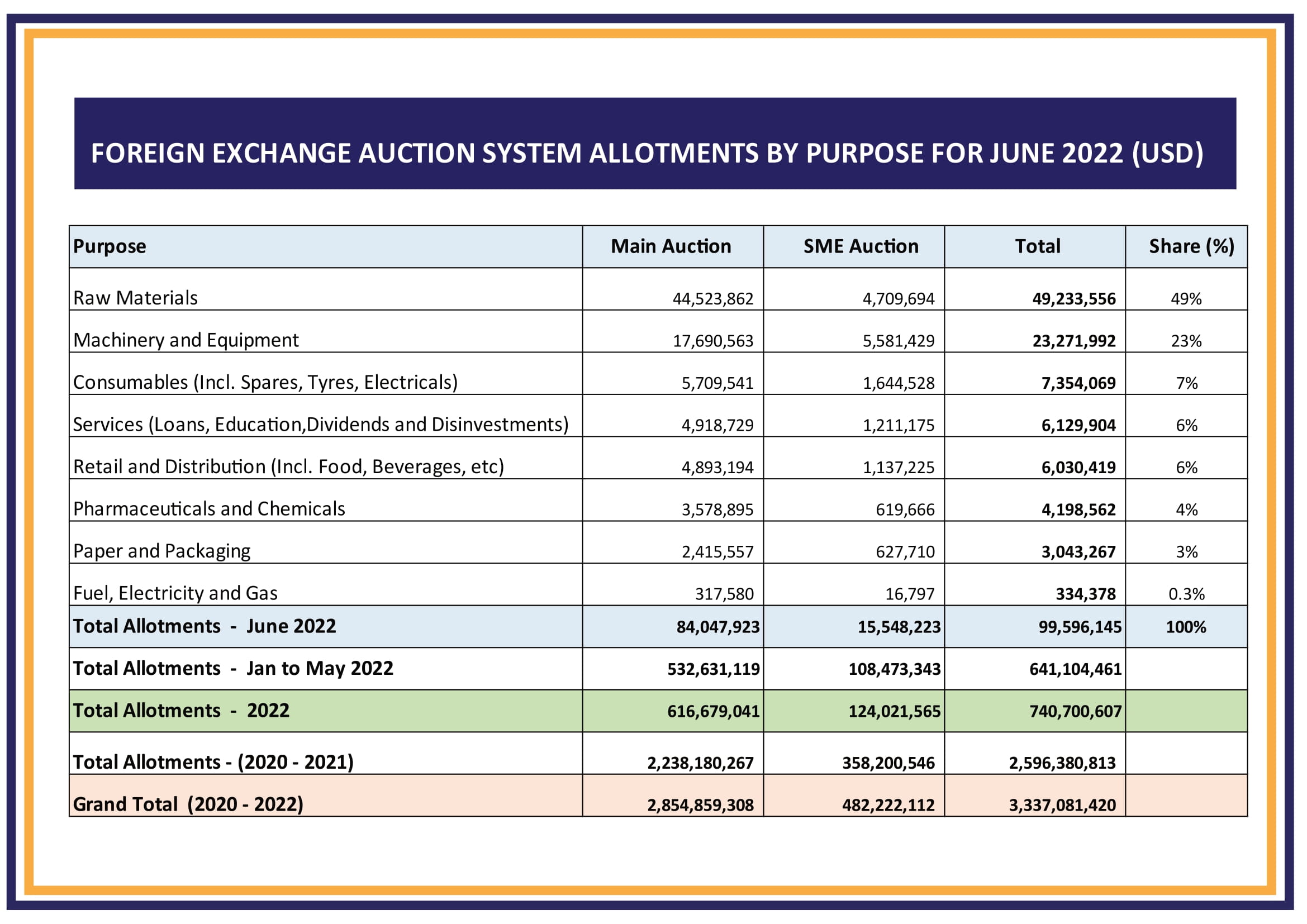