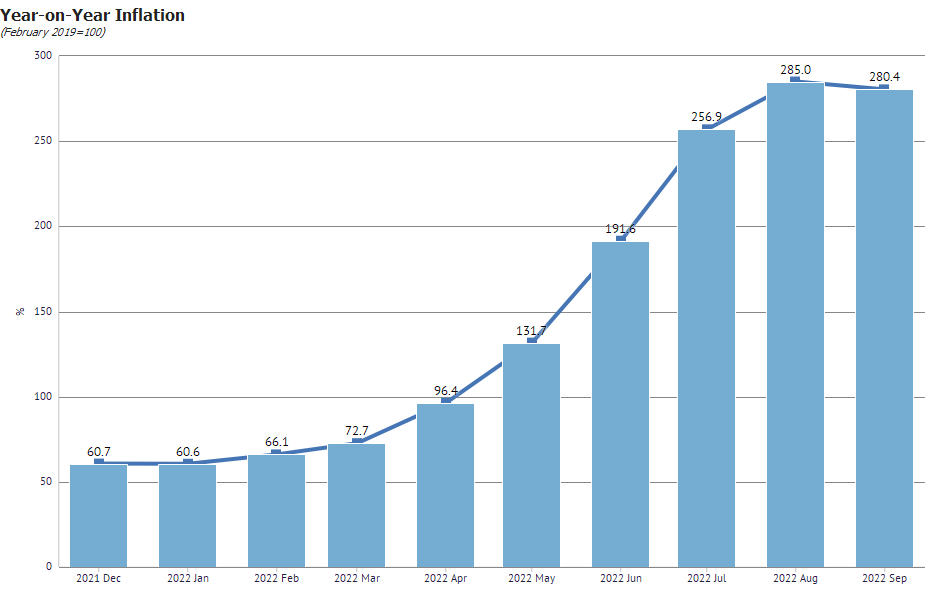 Zimbabwe’s annual inflation dropped marginally in September to 280.4% down from 285% in August but month-on-month inflation fell from 12.4% in August to 3.5% this month.

Finance Minister Mthuli Ncube predicted that Zimbabwe inflation would remain high until September and would start declining after that.

Last week he said that month-on-month inflation would drop to 3% by the end of the year and annual inflation to less than 100% next year.

The government has introduced a number of measures to curb inflation and to shore up the local currency.

The measures include the introduction of gold coins, the hiking of the key interest rate and a clampdown on suppliers who were milking the government by overpricing their goods and services. 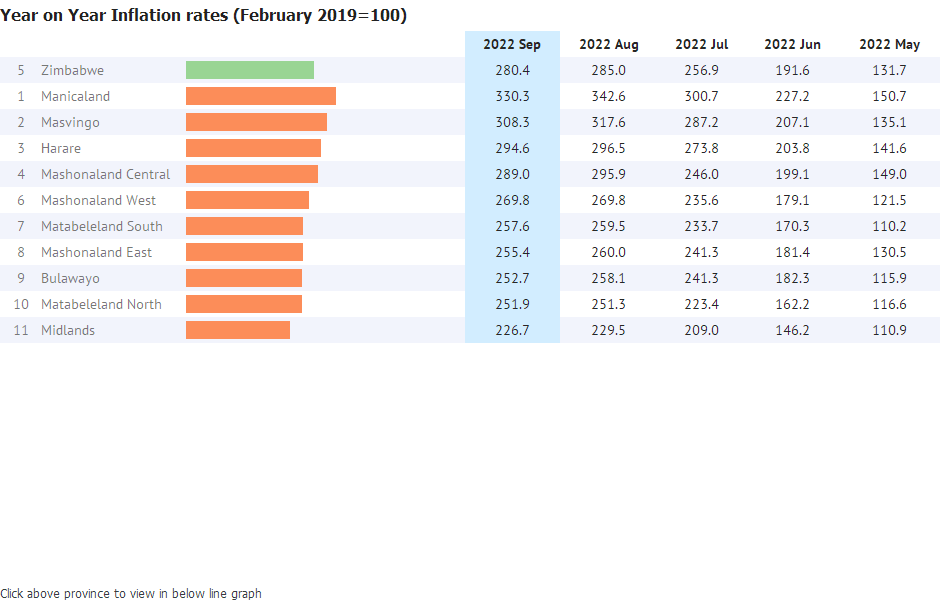