Why Zimbabwe requires businesses to display prices in Zim and...

Zimbabwe requires businesses to display prices in Zimbabwe and United States dollars to make sure that the businesses use the prevailing official exchange rate because some use black market rates of $100 or above instead of the official $81.35.

The Zimbabwe dollar has been stable at $81.35 against the greenback for the past three weeks  while the black market rate is anything up to $95.

Responding to a question in Parliament from Priscilla Misihairabwi-Mushonga why retailers were compelled to display prices in both currencies, Finance Minister Mthuli Ncube this was to make sure that they complied with the market rate.

It was also meant to ensure that they paid their taxes in the currency in which they were paid.

“The Central Bank (RBZ) has issued six hotline numbers which any citizen can call in order to make sure that we know who is violating the law. You can also inform the police so that they can act. We want to make sure that we enforce the law as stipulated and everyone complies.” 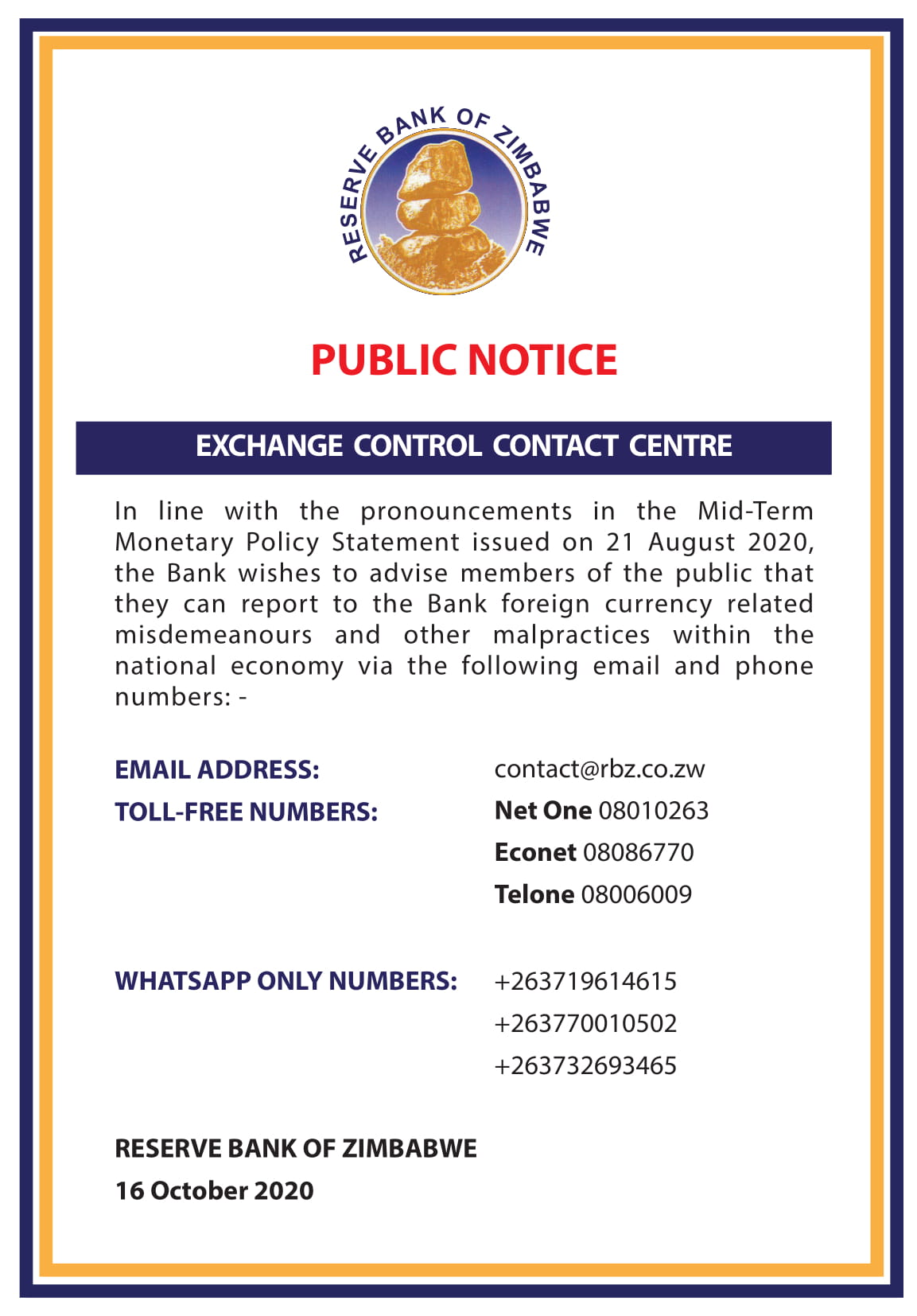 Asked why, if there was a dual pricing regime, some government departments were refusing Zimbabwe dollars, Mthuli Ncube said he was not aware of that.

“Certainly it is not my instruction,” he said.