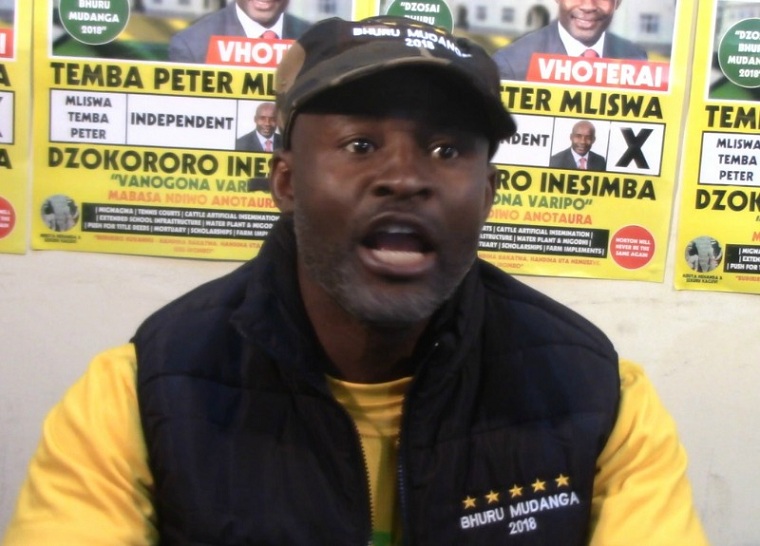 Independent Member of Parliament Temba Mliswa says he always wins elections because he takes his snuff, goes into the forest and consults the spirit before the elections.

He said this in Parliament during the debate on the promotion of traditional medicine.

He was also doing well at his farm because he used the same concept.

“My father believed in traditional ways and medicines.  He told me that when you have problems, you do not visit a n’anga  – you take snuff, go in the forest under a tree and consult the spirit,” Mliswa said.

“Whenever we have elections, I go and consult a spirit medium, that is why I win always in my constituency, even those Hon. Members like Hon. Nduna and the like when they want to cause problems they will not succeed because my ancestors will be looking after me and fighting for me.

“I am telling you now that if you face problems, take snuff and go into the forest and consult the spirits of your lineage.

“I do that even at my farm, I do not experience hunger, and I experience a bumper harvest every year.

“If you follow tradition you will start to see things moving positively.  Let us not be between culture and modern methods, follow our culture.”

Mliswa has been a Member of Parliament since 2013.

He was first elected MP for Hurungwe West on the Zimbabwe African National Union-Patriotic Front ticket but lost the seat when he was recalled two years later after falling out with the party.

Mliswa retained the seat in 2018 after beating Mutsvangwa.