Why South Africans refuse to let Africa in 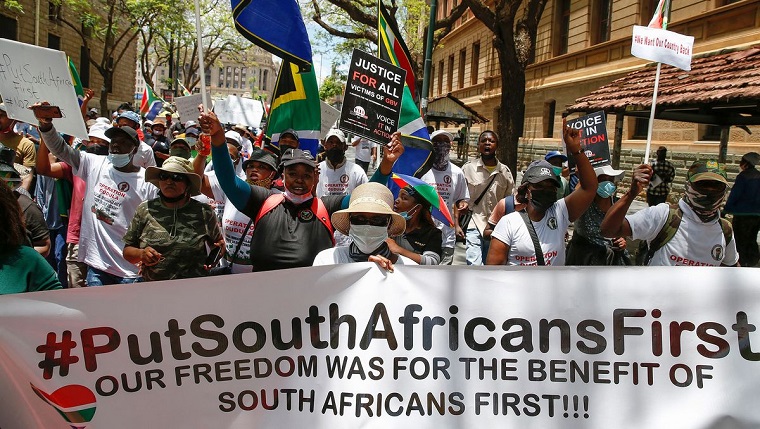 Any African who has ever tried to visit South Africa will know that the country is not an easy entry destination. South African embassies across the continent are almost as difficult to access as those of the UK and the United States. They are characterized by long queues, inordinate amounts of paperwork, and officials who manage to be simultaneously rude and lethargic.

It should come as no surprise then that South Africa’s new Minister of Home Affairs has announced the proposed establishment of a Border Management Agency for the country. In his words the new agency “will be central to securing all land, air and maritime ports of entry and support the efforts of the South African National Defence force to address the threats posed to, and the porousness of, our borderline.”

Political observers of South Africa will understand that this is bureaucratic speak to dress up the fact that insularity will continue to be the country’s guiding ethos in its social, cultural and political dealings with the rest of the continent.

Perhaps I am particularly attuned to this because of my upbringing. I am South African but grew up in exile. That is to say I was raised in the Africa that is not South Africa; that place of fantasy and nightmare that exists beyond the Limpopo. When I first came home in the mid 1990s, in those early months as I was learning to adjust to life in South Africa, I was often struck by the odd way in which the term ‘Africa,’ was deployed by both white and black South Africans.

Because I speak in the fancy curly tones of someone who has been educated overseas, I was often asked where I was from. I would explain that I was born to South African parents outside the country and that I had lived in Zambia and Kenya and Canada and that my family also lived in Ethiopia. Invariably, the listener would nod sympathetically until the meaning of what I was saying sank in. ‘Oh.’ Then there would be a sharp intake of breath and a sort of horrified fascination would take hold. “So you grew up in Africa.” The Africa was enunciated carefully, the last syllable drawn out and slightly raised as though the statement were actually a question. Then the inevitable, softly sighed, “Shame.”

In the early years after I got ‘home,’ it took me some time to figure out how to respond to the idea that Africa was a place that began beyond South Africa’s borders. I was surprised to learn that the countries where I had lived – the ones that had nurtured my soul in the long years of exile – were actually no places at all in the minds of some of my compatriots. They weren’t geographies with their own histories and cultures and complexities. They were dark landscapes, Condradian and densely forested. Zambia and Kenya and Ethiopia might as well have been Venus and Mars and Jupiter. They were undefined and undefined-able. They were snake-filled thickets; impenetrable brush and war and famine and ever-present tribal danger.

Though they thought themselves to be very different, it seemed to me that whites and blacks in South Africa were disappointingly similar when it came to their views on ‘Africa.’ At first I blamed the most obvious culprit: apartheid. The ideology of the National Party was profoundly insular, based on inspiring everyone in the country to be fearful of the other. With the naiveté and arrogance of the young, I thought that a few lessons in African history might help to disabuse the Rainbow Nation of the notion that our country was apart from Africa. I made it my mission to inform everyone I came across that culturally, politically and historically we could call ourselves nothing if not Africans.