Why are people falling all over each other to defend... 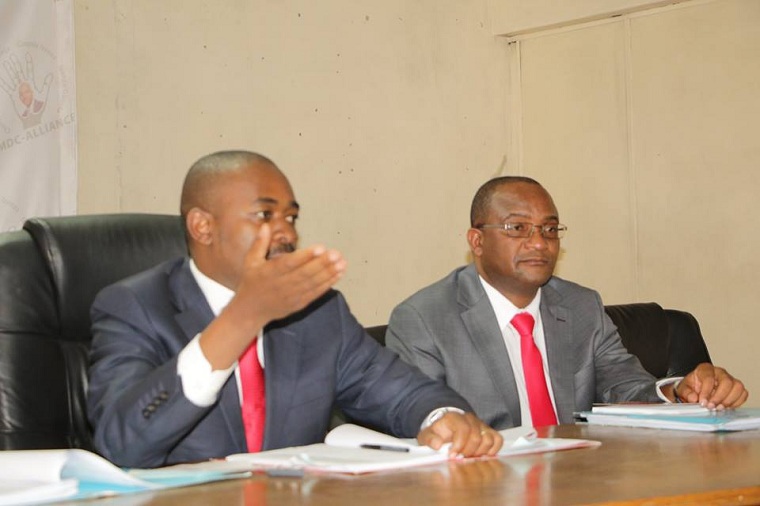 People can accuse Morgan Tsvangirai of all sorts of things but he was never a dictator.

If anything, he was too democratic. He consulted a lot. One might even say that he over-consulted, probably because of his trade union background where he had to take the views of 36 affiliates into account every time.

I know. I worked with him, under him, for four years, when he was secretary-general of the Zimbabwe Congress of Trade Unions and I was the ZCTU information officer and editor of its paper, The Worker.

Tsvangirai was so democratic that he sought an office for The Worker more than a kilometre away from the ZCTU head office so that it could maintain its independence.  The ZCTU offices at the time were at Pockets Building along Jason Moyo Avenue and The Worker had an office at the Zimbabwe Teachers Association headquarters on Herbert Chitepo Avenue.

When the African American Federation of Labour and Congress of Industrial Organisations organised a workshop for editors of trade union newspapers across Africa at the then African Regional Labour Administration Centre (ARLAC) in Harare, they were shocked when I told them that I was in total control of the paper and Tsvangirai only saw The Worker after it had been printed and ready for sale. In most of their cases, the secretary-general was the editor-in-chief.

Besides that Tsvangirai created various departments to serve workers .The departments were so well funded that they were awash with cash while on some occasions Tsvangirai did not get his salary on time because the general account where his salary came from, and relied on subscriptions from affiliates, had no money.

I remember on a number of occasions the Information Department lent him its twin-cab to travel to his home in Buhera. He had a Nissan Sentra at the time.

Admittedly, he was not a saint but he was principled, so principled that he never sacrificed his country to please his western allies.  I believe that when he became leader of the Movement for Democratic Change he refused to bow down to some demands by United States ambassador Christopher Dell  pissing off Dell so much that Dell described Tsvangirai as a flawed figure.

In a diplomatic cable later leaked by wikileaks Dell wrote: “Morgan Tsvangirai is a brave, committed man and, by and large, a democrat. He is also the only player on the scene right now with real star quality and the ability to rally the masses. But Tsvangirai is also a flawed figure, not readily open to advice, indecisive and with questionable judgment in selecting those around him. He is the indispensable element for opposition success, but possibly an albatross around their necks once in power. In short, he is a kind of Lech Walesa character: Zimbabwe needs him, but should not rely on his executive abilities to lead the country’s recovery.”