When will the international community recognise Changes Zimbabwe has made... 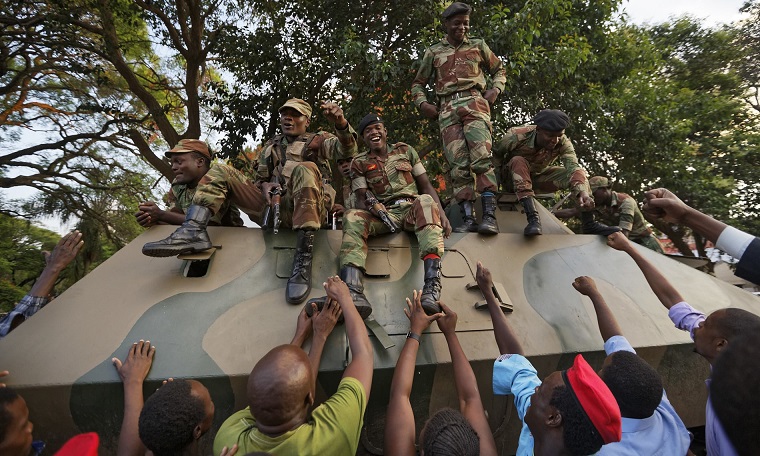 Economist Eddie Cross says the recent imposition of sanctions on four Zimbabwean military officers clearly demonstrates the ignorance of the Foreign Office in London on the very real changes that have taken place in Zimbabwe since President Emmerson Mnangagwa took over in November 2017.

Writing on his personal blog, Cross, a former opposition legislator, said, “it shows no understanding of our complexities or fundamentals and is a largely cosmetic decision which will not influence affairs here but will continue to needlessly label the government of Zimbabwe as somehow a rogue State”.

“When will the changes engendered by the post November 2017 government receive sufficient recognition for the international Community to start treating us like any other developing State?” Cross asked, adding, “We deserve better.”

It is strange how certain events stick in your mind. I can remember clearly the day Ian Smith declared independence from Britain in 1965, I was driving my car and I pulled over and listened to the statement with a sinking feeling. I knew what lay ahead and that it was going to be very tough, on all of us. Then there was the incident in New York on 9/11, I drove into the garden of my daughter and her husband and they shouted at me to come and see what was happening. I walked into the house and saw the second plane fly into the twin towers on television. I knew it would change the World.

Then there was the retirement of Mr. Robert Mugabe in November 2017. I was in Parliament and was seated in the National Conference Centre waiting to participate in the impeachment and removal of Mr. Mugabe from the Presidency after 37 years under his dictatorship. Just before we got underway, the Speaker of the House of Assembly stood up and announced his resignation. There was an uproar and when I tried to leave the building I found we were surrounded by thousands of people who had been waiting outside for a result.

But it was the next day that was so significant for me and another one of those days you will never forget. My son and I drove down town to see what was happening and we found millions on the street. We attempted to get to Highfields for a planned rally and never got within 3 kilometers of the venue. The atmosphere was electric, people hugging army soldiers sitting on tanks and other military vehicles, people singing and flying flags. It was a day to remember.

But was it what was promised, a new start for us as a country?