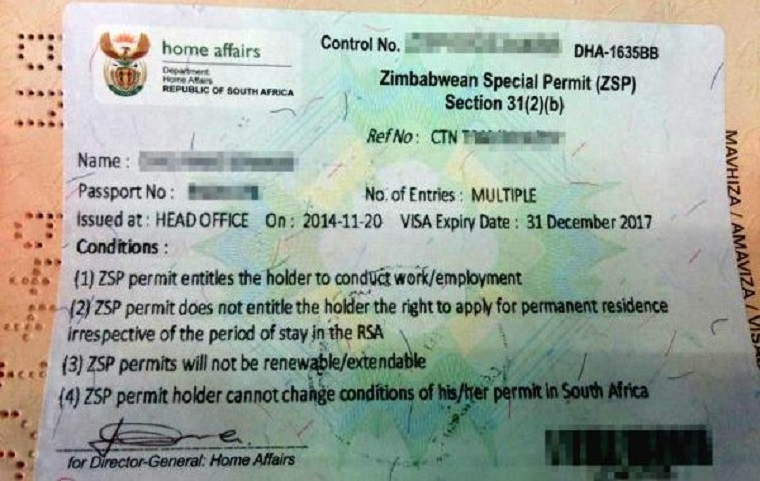 South Africa today announced that it will not be renewing special permits for Zimbabweans and has given them 12 months to regularise their stay in that country or get deported.

The special permits were first issued in 2009 and the current ones expire at the end of this year.

Some Zimbabweans were planning to take the South African government to court to give them resident permits as they have already been in the country legally for more than 10 years.