Was Vice-President Chiwenga taken for a ride by Boustead Beef?

Vice-President Constantino Chiwenga might have been taken for a ride when he was asked to officially re-open the Cold Storage Company-Boustead Beef operations in Bulawayo when the plant is actually not yet ready.

Boustead Beef entered into a US$130 agreement with the government to resuscitate the ailing company in 2019 but failed to do so forcing the government to place the company under corporate rescue but Boustead Beef has managed to hang on raising questions as to who is really behind the company which initially claimed to be British but is headed by Nick Havercroft, a former Marondera farmer.

According to the State-owned Bulawayo daily, the Chronicle, the CSC resumed operations under a new name CSC- Boustead Beef after 22 years of closure.

“The giant beef processing plant which is a game changer for the country’s livestock farming, was officially opened by Vice President, Dr Constantino Chiwenga who said the company will not be allowed to collapse again,” the paper said.

The CSC did not close 22 years ago. A turn-around programme for the CSC for the years 2015 to 2019, just before the government entered into  its agreement with Boustead Beef, shows that the company was operational as late at 2013 with sales totaling US$6.3 million including exports of US$376 000. 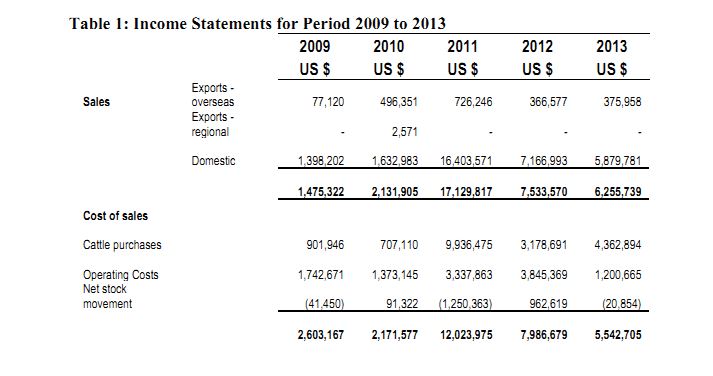 The company said that it operations had suffered after the European Union stopped its beef imports following the outbreak of foot and mouth disease in Zimbabwe and the imposition of sanctions on the country by both the EU and the United States.

A worker at the CSC said Chiwenga had been sold a dummy because he had only been made to witness a run in which 14 cattle were slaughtered for the demonstration and after he left the plant was shut down.

“Machinery actually broke down a day before the visit and during the run there were burst pipes outside which were ignored for the demo. Even the goats that were in the pens have since been moved maybe back to their owners,” the worker said.