Video purporting to show Zimbabwe border jumper being attacked by... 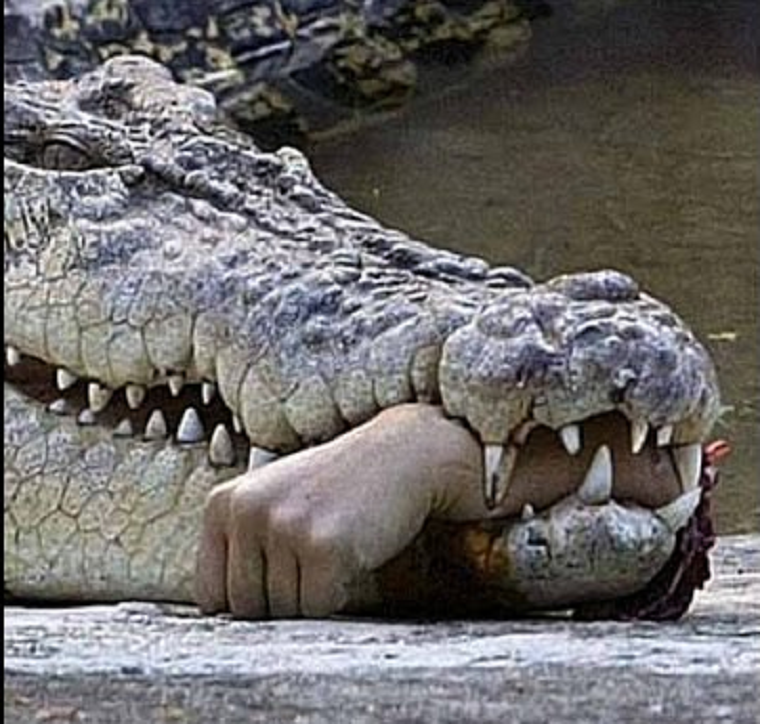 A video purporting to show a Zimbabwean border jumper being attacked by a crocodile on the Limpopo River which went viral last week is not about a Zimbabwean but was taken nearly three years ago in Indonesia, according to the Zimbabwe fact-checking organisation, Zimfact.

Here is the full report.

Viral social media posts circulated among Zimbabweans and South Africans claim to show a video of the body of a person killed by a crocodile on the Limpopo River.

On 6 January 2022, a social media user posted the video, which shows part of a person’s body in the jaws of a crocodile. The user suggested that the video shows the immigration crisis on the Zimbabwe-South Africa border.

This is not true. The video was taken in Indonesia in April 2019.

It is true that crocodile attacks on the Limpopo River are frequent. However, it is not true that this video was taken on the Zimbabwe-South Africa border. Various media in Zimbabwe also reported on the purported attack, referencing the same video.

A search for the video shows that it was taken in Sulawesi, Indonesia, in 2019.

According to a report on that incident in the UK Mirror, which carries the video: “A crocodile has been captured in chilling video footage emerging from a river clutching a missing man in its jaws.”

This was not the first time this video had been used to spread misinformation. There are posts from 2020 and 2021 that also claim that the video was taken at Limpopo River.

How do you verify videos?

Firstly, the environs in the video may be the first indicator that the caption used for the video may be untrue. In this case, the surroundings – including the colour of the water, the size of the river and the vegetation – are not typical of Limpopo River at this time of the year.

By taking screenshots from the video, you can use them to do a Google reverse image search. The search will search the internet to find where else those images, or the video, have been posted before.

A video purporting to show a crocodile devouring the body of a border jumper is misleading. The video was taken in April 1019, in Indonesia.