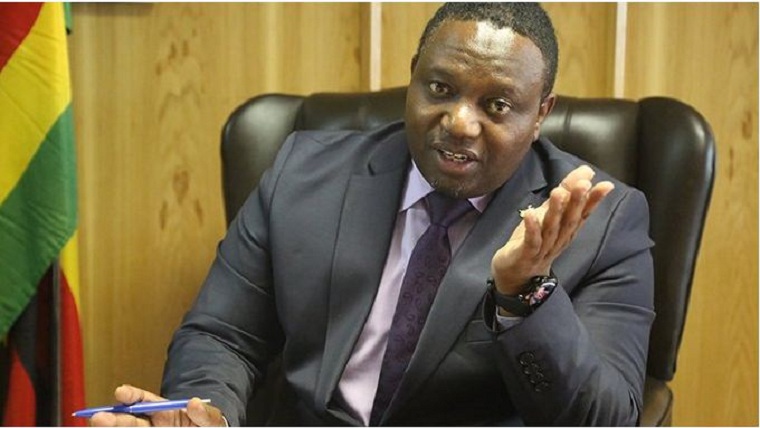 Responding to a question from Senator Watson Khupe who wanted to know what the Ministry of Home Affairs was doing to curb corruption after a study said Zimbabwe police were the most corrupt government department, Kazembe said, the best way to end corruption is for ordinary citizens to stop paying bribes.

“The first one is that there is no way one person can be corrupt by themselves, it takes two or more people to be corrupt. This then points at us as citizens; we are also aiding corruption, police cannot be corrupt themselves, but they are corrupt because they are being paid by us,” he said.

“If we all take a collective responsibility and say to ourselves we do not want corruption, it will end today because nobody will be prepared to be corrupt or offer a bribe to a police officer.  Everyone will become a police officer, policing another police officer if we all say no to corruption, starting today…”

“I am sure if the Hon. Senator was listening to Hon. Minister Mutsvangwa when she gave the Cabinet briefing, she talked about the direction that we have taken of introducing technology.  To me or in accordance with my school of thought, that is the way to deal with corruption. Let us remove the human element,” Kazembe said.

“While there is the structure that was approved by Cabinet -where we are going to be installing traffic management systems, those in my view will remove the human interface. You cannot bribe technology, neither can it go for tea.”

HON. SEN. KHUPE: Thank you Madam President for giving me this opportunity to ask my question.  I think it is now a song, the Head of State is always saying corruption, corruption. Corruption is the evil in this country.  I would like to pose my question to the Minister of Home Affairs.  Recently, the Ministry which he is presiding over, scooped the price as the most corrupt Government department.  Madam President, I would like the Hon. Minister to appraise the House, what strategies he has used to achieve that feat and what measures has he put in place to ensure that he does not continue to occupy that post?

THE MINISTER OF HOME AFFAIRS AND CULTURAL HERITAGE (HON. KAZEMBE): Thank you Madam President Ma’am.  Let me start by thanking the Hon. Senator.  I hope I got the question correctly but what I seem to have heard is the allegation that the Ministry scooped a prize for corruption or is it the Police.  I am yet to receive that price Madam Speaker Ma’am.