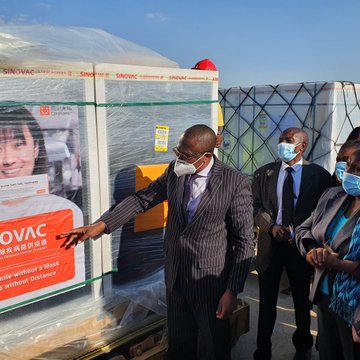 The consignment of two million Sinovac vaccines bought by Zimbabwe from China has arrived and was received by Finance Minister Mthuli Ncube and Deputy Minister of Health John Mangwiro.

Zimbabwe is currently facing the third wave of the coronavirus outbreak which threatens to be worse than the second wave.

Some 19 521 people were infected and 854 people died when the second wave hit the country in January just after the Christmas break.