Tsvangirai to convene his cabinet tomorrow to discuss proposed bond... 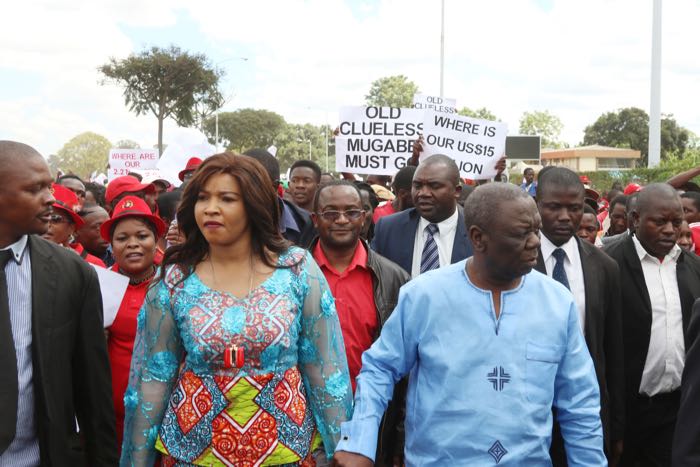 Movement for Democratic Change leader Morgan Tsvangirai will convene his shadow cabinet tomorrow to discuss the proposed introduction of bond notes which he has dubbed the bringing back of the Zimbabwe dollar through the back door.

He has not given a date yet but said this would be within the next two months.

Industry has welcomed the introduction of the bond notes but ordinary citizens seem to be skeptical and this reminds them of the hyperinflation years of 2007 and 2008 when the country recorded the second highest inflation in history.

“The country is mired in a monumental crisis and the MDC shadow Cabinet and the party’s national executive that will also be convened soon, will chart a robust and comprehensive political reaction to this madness,” MDC-T presidential spokesman Luke Tamborinyoka said in a statement today.

“The huge national crisis is summed up by the chilling fact that more than half of the country is now surviving on domesticating and selling what only a year ago were wild birds (zvihuta).  It would be futile to expect ZANU-PF to get us out of this mess that it has created as that would be tantamount to expecting a mosquito to cure malaria…..

“The cash crisis which led to the decision to print bond notes stems from a crisis of confidence. There is no confidence in both the economy and in the banks, all stemming from a crisis of legitimacy arising out of the stolen election of 2013. Unfortunately for ZANU-PF, the printing of  bond notes cannot be a panacea to what is essentially a political crisis that needs a political solution……

“The printing of bond notes will be the death knell to this economy. Zimbabweans have walked this road before. They have not forgotten the dark days when they were poor quintillionaires.”