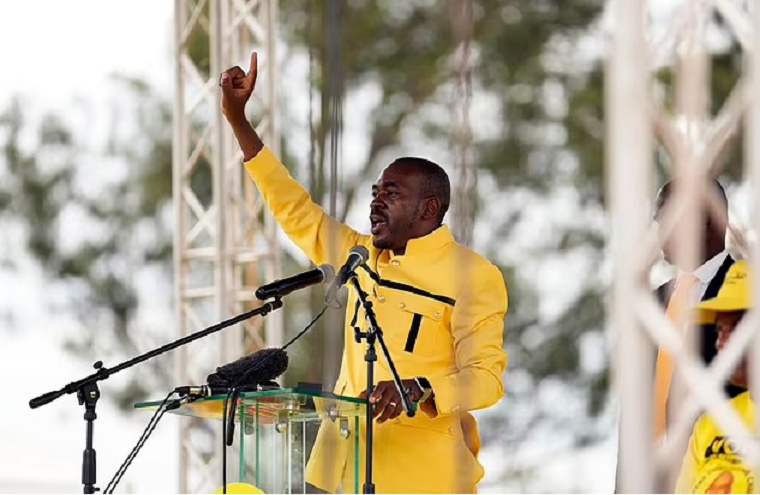 Zimbabwe´s leading opposition figure Nelson Chamisa drew thousands of cheering supporters today to his first political rally since forming a new party weeks ago, as the country gears for elections that have been postponed due to COVID-19.

Chamisa formed the Citizens Coalition for Change party in January, making a break from the country’s longtime opposition party, the Movement for Democratic Change, or MDC.

The 44-year-old lawyer and pastor lost a disputed presidential election in 2018 to President Emmerson Mnangagwa and the country´s Constitutional Court threw out his challenge to the result.

“They took everything from me but I don´t care,” Chamisa said today of the court ruling.

“We are starting afresh. We are starting from zero. This is a brand new party,” he told cheering supporters. Many wore the new party´s yellow T-shirts and hats, abandoning the red color associated with the MDC.

Politically volatile Zimbabwe is to hold elections to fill more than 130 vacant parliamentary and council seats on Mar. 26. The elections are largely viewed as a test for next year´s general election.

While Chamisa’s party is new, the problems that have prevented the opposition from taking over power in Zimbabwe remain. These include arrests, detentions, beatings, harassment and alleged partisan security forces that act in favor of the ruling party.

Chamisa today also repeated accusations that the country´s elections management body plans to rig the upcoming elections as it has allegedly done in the past. The body denies the allegations.- AP