The untold story of three youths who changed the course... 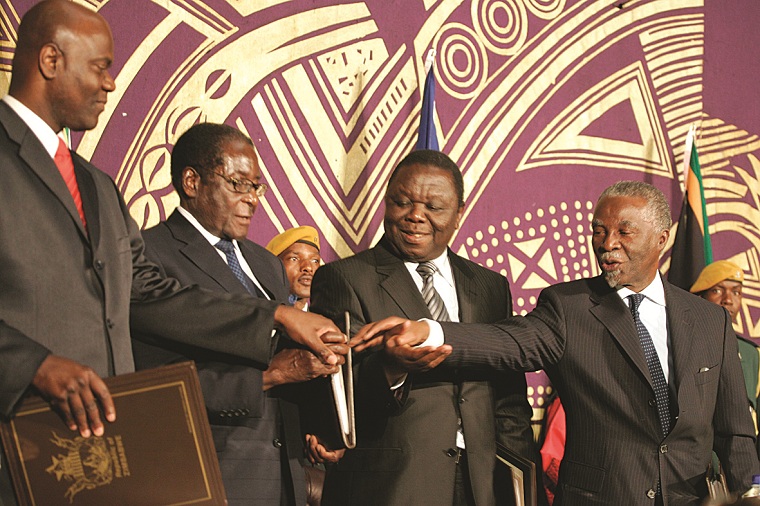 This was said by 73-year-old Paul Themba Nyathi, one of the founding members of the Movement for Democratic Change. He was not talking about the current stalemate between Zimbabwe President Emmerson Mnangagwa and opposition Movement for Democratic Change leader Nelson Chamisa. The two have refused to talk to each other since the 2018 elections which were won by Mnangagwa and his Zimbabwe African National Union-Patriotic Front. Chamisa, however, insists that he will not talk to Mnangagwa because he claims Mnangagwa is illegitimate because he stole the elections from him. Mnangagwa says he will not talk to Chamisa unless the opposition leader recognises him as the country’s president because the country’s highest court declared him the winner after Chamisa challenged the election result in court and lost the case.

Nyathi was talking about his role in the talks that ultimately resulted in the Global Political Agreement of 2008 which brought together ZANU-PF led by Robert Mugabe and the two factions of the MDC, one led by Morgan Tsvangirai and the other by Arthur Mutambara, under an inclusive government that ran the country for the next four years.

More specifically he was talking about how three young politicians, two from the opposition and one from the ruling ZANU-PF, initiated those talks.

“If the truth be told,” Nyathi said. “I did not ever think that I would reach a point where I would be under the same roof with the likes of (Saviour) Kasukuwere.”