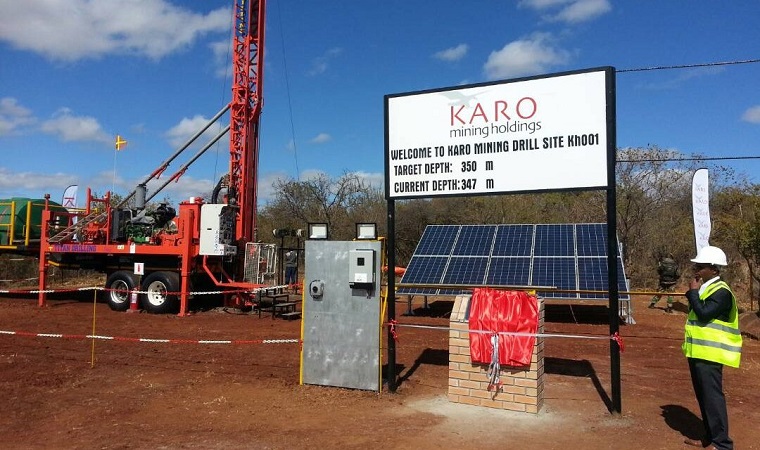 The Pouroulis-led mining group increased its stake in Karo from 26.8% to 66.3% in an all-share deal worth US$27 million. This transaction gives the group direct access to Karo’s PGM mining complex in Zimbabwe’s Great Dyke.

The acquisition and development of a PGM mining complex fulfill Tharisa’s strategy of becoming an integrated diversified developer of new metal assets, according to Phoevos Pouroulis, the son of Pouroulis and the CEO of Tharisa.

The recent transaction comes after Karo’s leadership announced plans to double output from its large-scale vertically integrated mining complex, as the company seeks to capitalize on the industry’s supply squeeze to create value for all stakeholders.

PGM prices, including platinum and palladium, have risen significantly since Russia’s President Vladimir Putin launched military action in Ukraine, a conflict that has lasted more than five weeks.

Russia’s invasion of Ukraine, which has resulted in one of Europe’s worst security crises in decades, has led to Western sanctions on trade with Russia, causing a shortage of precious metals, as Russia produces 25% of the world’s palladium.

While commenting on the investment rationale for the acquisition, Pouroulis, stated that the arrival of a new short-dated source of primarily platinum and palladium metals will provide security and certainty of supply for global users in this new era marked by challenges and uncertainty in the supply chain of the vital precious metals.

The Karo project, which is expected to start production in two years, will produce 150 000 ounces of PGMs in concentrate in its first phase of operation. The output will be divided into platinum (45%), palladium (42%), rhodium (9%) and gold (4%).

The Karo platinum project has a post-tax net present value of US$770.4 million at spot PGM prices, with an initial 20-year life of mine and mining lease valid for the mine’s useful life.- Billionaires.Africa