Record US$31.6 million allotted at today’s Zimbabwe forex auction as...

A record US$31.6million was today allotted at today’s foreign currency auction as the Zimbabwe dollar firmed by 21 cents against the United States dollar to average $81.50.

This was the fourth consecutive auction at which the local currency gained, though marginally, against the greenback.

Today’s auction was the 14th since trading started on 23 June.

A total of 266 bids in the main auction were allotted US$30.4 million while  95 bids in the Small and Medium Enterprises auction got US$1.2 million.

Thirty-five bids in the main auction and 22 in the SME auction were disqualified.

The bulk of the money went to raw materials, machinery and equipment which accounted for US$19.9 million of the amount allotted.

The highest rate offered today was $86.70 and the lowest was $78 which leaves room for the local currency to appreciate.

Ironically the Old Mutual Implied Rate which is supposed to be based on the difference between the share price of Old Mutual on the London and Zimbabwe Stock Exchanges dropped to $140.16.

Old Mutual is not trading on the ZSE at the moment. 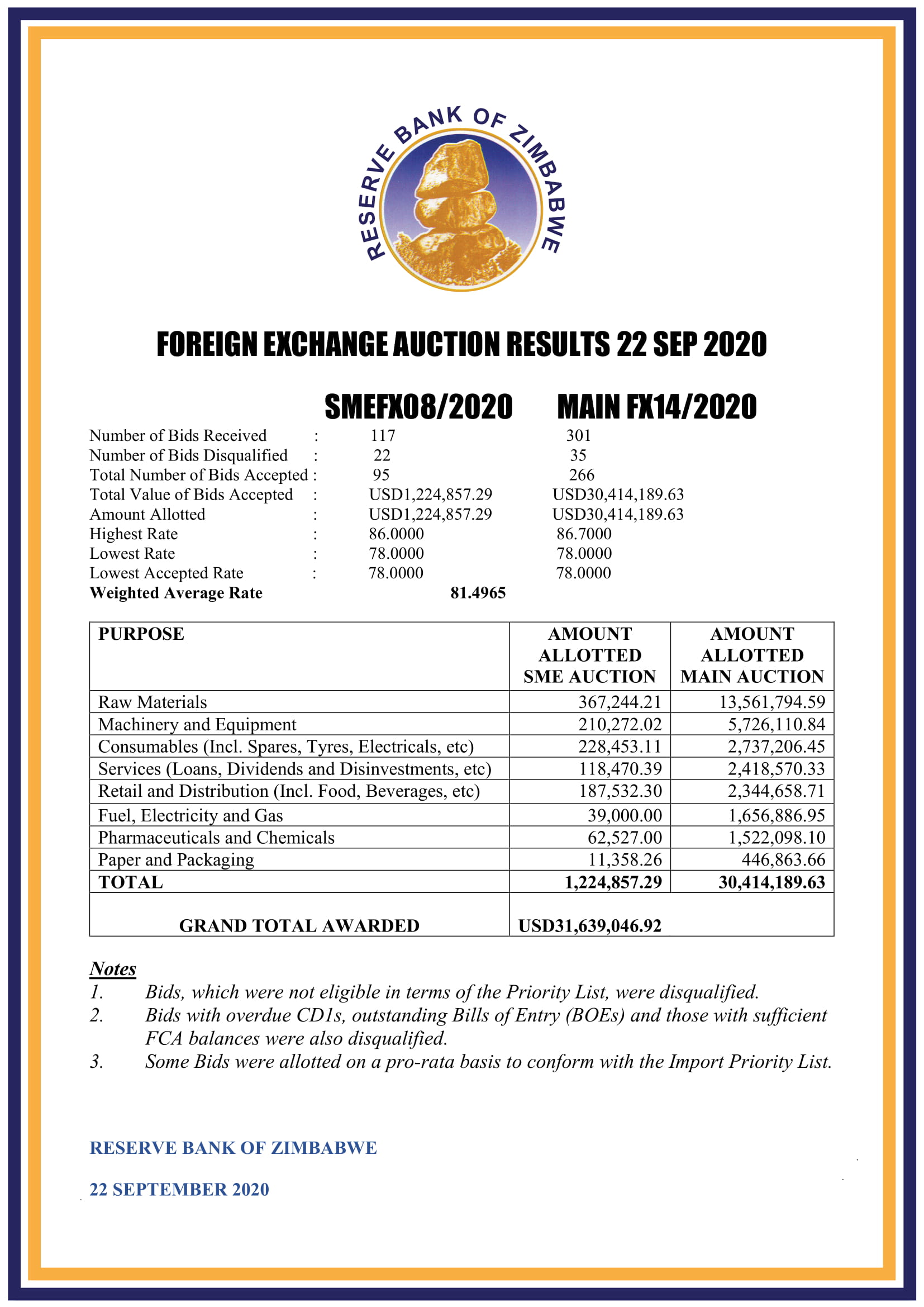