No one should sacrifice the people to get to State... 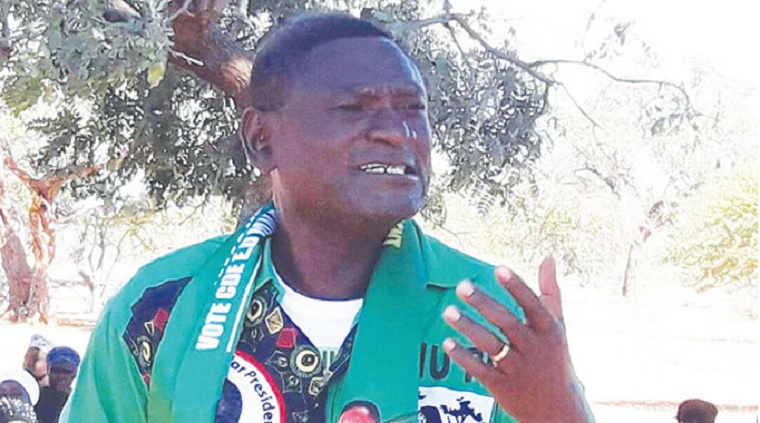 Beitbridge East legislator Albert Nguluvhe says no one should sacrifice the people to get to State House.

Seconding the motion calling for the barring of those calling for sanctions against the country from assuming public office, Nguluvhe said: “We may have our differences, but when it comes to defending the interests of this country, we must be one.”

“We have differences as people, we must sit down as Africans and resolve our problems amongst ourselves, not to wait for someone to come from outside to tell us how to resolve our differences,” he said.

HON. NGULUVHE:  Thank you Madam Speaker.  I rise just to second the motion moved by our Chief Whip.  Yes, in 1980, we got independence after our forefathers wedged a bitter struggle.   Unfortunately, when we got our political independence, not all of us got our minds liberated.  Some of us did not understand that we were not only fighting for political power but for the rights as stipulated in the Bill of Rights to decide on what to do and on how one wants to be ruled.

I think the mistake which was made in 1980 was – I would like those of us who took part in the struggle, who before were given a gun first had to go under a tree and were taught thoroughly what we were fighting for.

So when we got our independence, but because some people wanted to be in power and we had defeated the people who did not want to relinquish that power, especially when we decided to take our land which was their source of income, they then discovered that they could not just easily leave that.  Our people were united in 1980 when we took our independence but we should have continued to teach them why we should have continued to be united as a people.  We should have continued to tell them that if we have differences as people, we must sit down as Africans and resolve our problems amongst ourselves, not to wait for someone to come from outside to tell us how to resolve our differences.

This is the reason why for whatever reasons some of our people because they wanted power decided to collaborate with erstwhile colonizers and that brought us to the sanctions.  I still believe there is a need to pass a Patriotic Bill.  In other words, we have to be patriotic to our country.  We may have our differences, but when it comes to defending the interests of this country, we must be one.  I do not want to mention one country but you will be surprised one super power, once you go out of their country – you cannot denounce the foreign policy of that country even if you are a former president of whichever party.  Once you do that, you will be prosecuted.

There is need for us as the National Assembly to come up with a law which gives us parameters that we as a people, there are things which bind us together which we can resolve as a people together, not to go and look for an outsider to come and influence what is taking place in this country.

So, I agree with the Chief Whip; why should someone go and ask that people should impose sanctions on us?  We all know that we can pretend, ZIDERA did not just come, the Americans did not just come to say we are putting sanctions on you, it is our people who actually went to America and asked for ZIDERA.  Then one wonders why we did ask for ZIDERA. It was because we had taken the land, the land which we were fighting for over 100 years.  So I totally agree that there is need that we come up with laws which bind us together that we cannot denounce our own country.    Definitely, you cannot sacrifice the people to suffer in order for you to get to State House.

I do not know if the lawyers in this country can assist us to come up with a law which says if you are found guilty you are not supposed to hold such an office.  I thank you.